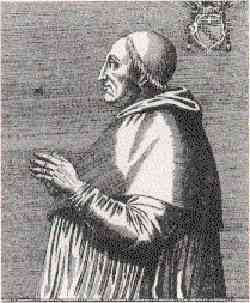 For much of Europe's history, the Roman Catholic Church was fighting wars of destruction against many "heretical" sects. In many cases, these so-called heretics had rediscovered the herbal sacraments like mushrooms and cannabis, and were ruthlessly exterminated for their use of these powerful plants.

Most observers agree that the reason the Catholic Church hates psychoactive herbs is that these substances can create a sense of direct spiritual communion with the divine, while Catholic authority is based on the idea that the only way to reach God is with the Pope and priest as mediator.

The Pope who launched the most vicious of the Catholic Church's many campaigns against herb users was Pope Innocent VIII (1432-1492). In 1484 he issued a papal bull called "Summis desiderantes" which demanded severe punishments for magic and witchcraft, which at the time usually meant the use of medicinal and hallucinogenic herbs. Indeed, the papal bull specifically condemned the use of cannabis in worship instead of wine.

The principles Pope Innocent VIII outlined became the basis for the terrifying and torturous witch-hunters' handbook, the Malleus Maleficarum (1487).

Further, Pope Innocent VIII was a major supporter of the vicious Inquisition, and in 1487 he appointed the infamous and sadistic Spanish friar Torquemada as Grand Inquisitor. Under Torquemada's authority, thousands of traditional female healers, users of forbidden plants, Jews, and other "heretics" were viciously tortured and killed during the "witch-hunts" of the Spanish Inquisition. This reign of terror gripped Europe well into the 17th Century.

Catholic Inquisitors tortured and killed many more in Central and South America, where peyote, ololiuqui and other sacred plants of the Aztec culture were prohibited as "works of the devil."

(Ironically, while the Church was slaughtering cannabis users in Europe, the Spanish conquistadors were busy planting hemp around the New World for use as clothing, rope and sails.)

Although the modern Catholic Church no longer [directly] engages in the widespread use of torture and murder to enforce their prohibition on marijuana and other useful herbs, they remain one of the world's leading voices in support of the global drug war.

Modern Catholic literature often repeats the most outrageous and inaccurate claims of anti-pot politicians. Catholic publications and Papal statements regularly claim that smoking pot leads to violence and criminality, that most marijuana users will move on to heroin, and that there is no difference between pot and more dangerous substances.

The Catholic Church's thousands of priests and bishops encourage their congregations to vote for prohibitionist politicians, and they collude with world governments to push the drug war philosophy. The Holy See's permanent observer to the United Nations, Archbishop Celestino Migliore, regularly calls for the UN to be more aggressive in the global drug war.

Dissent over the ages

Clearly, not all Catholics have supported their Church's war on cannabis. During the middle ages, the most famous Catholic voice in support of marijuana was a French monk and author named Rabelais (1495-1553).

Although Rabelais' classic books Gargantua and Pantagruel superficially appear to be merely a bawdy tale about a noble giant and his son, a deeper reading reveals a telling parody of Church and State, and contains many detailed and positive references to cannabis, which Rabelais dubbed "The Herb Pantagreulion" to avoid persecution.

Yet Rabelais still suffered for his written work in support of marijuana. He was harassed and persecuted by the Church, and the chapters that most specifically refer to marijuana (Book 3, chap 49-52) were banned by the Catholic Church. The power of this censorship has lasted for centuries, as even in many modern translations of Pantagruel these chapters are omitted.

In modern times, there are some Catholic priests and bishops that have spoken out in favor of medical pot, but not full decriminalization.

One example is Vermont Bishop Kenneth Angell, who in 2004 used his position to push for his state's successful passage of a law allowing for limited use of medical marijuana. However, Angell was clear that his support was only for the most serious of medical users, and that he and his church were firmly opposed to allowing any sort of non-medical use.

The Pope on coke

Although the Catholic Church has had a longstanding hatred for mind-expanding drugs, it has historically been more tolerant of stimulants. During the late 1800's, Pope Leo XIII publicly endorsed cocaine wine, and carried a personal hip flask to fortify himself. (He wasn't alone, as Sigmund Freud, Jules Verne, and Thomas Edison were all fans of the cocaine drink.)

And it was mere months after the 2nd time that the Pope summoned Coca-Wine entrepreneur Angelo Francois Mariani to the Vatican to award him a gold medal as a benefactor of humanity (1st it was Pope Leo XIII in January 1898, 2nd time was Pope Pius X in January 1904) that Vatican hatchet-men (Knights of Columbus/Knights of Malta members) Harvey Wiley of the USDA/AMA-APhA, and William Randolf Hearst began their massive campaign of yellow journalism to scare people about cocaine without regard to the concentration factor between dilute Coca preparations and highly concentrated cocaine. See more about all of this within here.

Almost three centuries earlier, in the early 1600's, coffee was first being introduced into Europe. Many Catholic priests opposed coffee use, as it was associated with Islam and Arab Muslims. The Bishops of Rome petitioned Pope Clement VIII to forbid coffee drinking, but after the Pope had a taste of the drink he declared the brew was "so delicious that it would be a pity to allow the Muslim infidels to have exclusive use of it." Legend has it that the Pope then baptized the coffee to make it truly a Christian beverage.

Sadly, Pope Clement VIII didn't ever get a chance to have a taste of cannabis, or maybe it could have also gotten his blessing and today pot use could be an accepted part of the Catholic faith.

Testifying to the influence of and/or the infiltration by the Roman Catholic Church, many 'Protestant's have been hoodwinked into supporting these criminal and immoral laws, and the myths that certain herbs, such as Marijuana are 'evil.'

Other religions on the drug war

The Catholic Church is hardly the only Christian institution to actively support the persecution of pot users. The vast majority of the globe's various Christian sects teach that using marijuana is both a sin and a crime.

Some religious organizations and modern spiritual leaders have spoken out against the drug war. The Boston-based Unitarian Univeralist church, with about 200,000 followers, has denounced the war on drugs and called for legal marijuana and an end to prohibition. The Presbyterian Church of USA, the Quakers and the Progressive Jewish Alliance are other religious groups that openly advocate the need for drug-policy reform.

What would Jesus do?

Of course, the Bible does not teach against the use of herbs. In the book of Genesis, God declares that he has given humans "every herb bearing seed," and asserts that all of his creation is good.

In the New Testament, Jesus never specifically addresses the use of marijuana, but his view on prohibition and purity seem to be summed up in Matthew 15:11: "It's not what goes into a man's mouth which defiles him," said Jesus, "but rather that which comes out of it."

The apostle Paul also reinforces this idea in his writings. "Everything created by God is good," wrote Paul, "and nothing is to be rejected if it is received with thanksgiving." (1 Timothy, 4:4) In another book, Paul writes "I know and am persuaded in the Lord Jesus that nothing is unclean in itself; but it is unclean for any one who thinks it unclean... For the kingdom of God is not food and drink but righteousness and peace and joy in the Holy Spirit." (Romans 14:14,17)

With cocaine, it is man's refining it that makes it bad, and not its naturally occurring amounts in Coca leaves.

With Tobacco, it's the Virginia invented practices of breeding it to delete its psychedelic properties, and then its curing in ways to reduce its harshness that creates the addictive health threat of Virginia Bright Leaf cigarettes, with the despicable practice of adding chemicals to tremendously increase the burn rate, exacerbating health issues and causing countless fires, for the sake of increasing sales, all conspiring to produce the problem.

Jesus encouraged his followers to visit those in prison, minister to the poor and love their enemies. So while the Catholic Bishops gather to decide which geriatric virgin will lead the world's largest Church, let us hope they choose a man who will lead their global congregation towards true godliness, peace on earth and an end to worldwide drug war.

Theologically very interesting. On a first sight it seems a celebration of the materiality, a materiality (material drug as metaphor of material 'good work') as only possible passage to the divine (and don't have doubt that with this key of lecture, great part of "drug counter-culture" was used for a fine Council of Trent war....).

But at the same time this materiality seems to deny the other one, the real papacy, the real pope, the real Romish church plus Jesuit controllers & various other servants....

Was the materiality of the drug simply a metaphor of a material action of resistance against Rome?.... (I take mushrooms, in order to defend myself from the influx of an external world, no more or less than I remain at home studying Luther instead to assist a Romish mass in the near church...)

Argument is wide and is worth of a deep study!