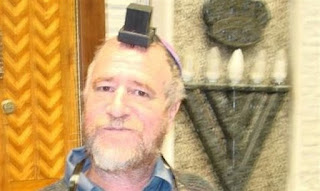 a frequent source of articles for this blog Continuing Counter Reformation
who interviewed me twice on his radio program- on April 5, 2011 and August 25, 2015

an interesting figure perhaps best known for his challenging of the officially reported story of the assassination of  Yitzhak Rabin.  From his web site:


Barry Chamish is an author and world-class investigative journalist. He first gained worldwide notoriety with his coverage of the Yitzhak Rabin assassination and the conspiracy he helped to later uncover. His book, the bestselling Who Murdered Yitzhak Rabin? is an expose which demonstrates clearly that Mr. Amir did not shoot Rabin. His work on this case compares favorably to the research done on the Kennedy Assassination except that Barry did much of the work himself, while it took multiple researchers to prove there was a conspiracy and break down the official Warren Commission Report.

Barry continues to be a world-class investigative journalist who continues research a variety of subjects. He is now considered an authority on Israel and the Middle East. He is a frequent guest on a number of radio shows where he shares his research. He exposes how the leaders of the "New World Order" manipulate and corrupt the leaders of Israel, steering the nation on a horrific and self-destructive course.   To learn more about what really happened, click on the "buy now" link to the right [on the page this text is quoted from] and order his books direct from the publisher.

Every month Barry Chamish sends out editorials that cover politics in Israeli, Middle Eastern and the world from his unique perspective. Previously these editorials have only been available to people who have requested to be on his e-mail list, but now, are posted here at on this website. They provide a balance against the mainstream establishment media sources, and are an excellent resource for people who are interested in the truth that often lies hidden behind the Main Stream News (MSN) propaganda.

His death was announced on Facebook by his son Ariel:

Sadly I had to write to announce the untimely death of my father, the journalist author Barry Chamish, at the age of 64. I don't usually share publicly (and not in public) bloody heart feelings that aren't wrapped and protected well loot metaphors and ʼmwrpym, clearly an act of the complex relationship My with my dad, who unfortunately never got to see close to 9 years. The day I left I chose to consciously keep my spirits mhşbryrywţ of emotional dependency on another human being. For years, was that supposed to especially my relationship with him. I chose to ignore the navigate himself and justify my failure to handle a situation emotionally complex in general universal morality imaginary suppress who helped me keep myself from the pain of having contact with a loved one. I think we both were like that, but at least he tried. And selfishly I was looking for the easy way out, lying to myself, Ocean Atlantic sufficiently large in order to keep us apart forever. And like a cliche, the new age whoa, and tress I remembered - it was too late. Temporary weakness is me. I want to thank you for the first time in my life for what you gave me, even though the person different from you on his face I have become. Anti Mmsdywţ Whʼnrkyzm, critical thinking and the ability to express her affection, written on a rock 'n' roll wlmryẖwʼnh, unyielding faith in the rightness way, hhyşrdwţyţ impressive ability, above all, the pure innocence. You can change the world for the better. I don't really know how strong you were faith bmtʼpyzyqh, but chance for believing enough and marble a sympathetic soul somewhere, I'm asking for forgiveness. Sorry for being too weak to say all these things when I could. Sorry I haven't tried enough. I love you and proud of you for the crazy legacy. I forgive you for everything. Your only son, Ariel had five. 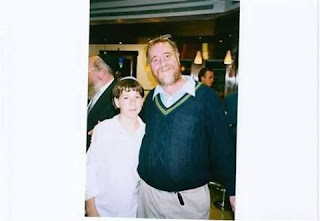 According to a post on his Facebook page, Chamish is to be buried in Israel at the Modlin Cemetery.


Posted by Douglas Andrew Willinger at 11:54 PM No comments: