Quite applicable to Israel, which alas more follows the Dmowski rather than the Pilsudski model 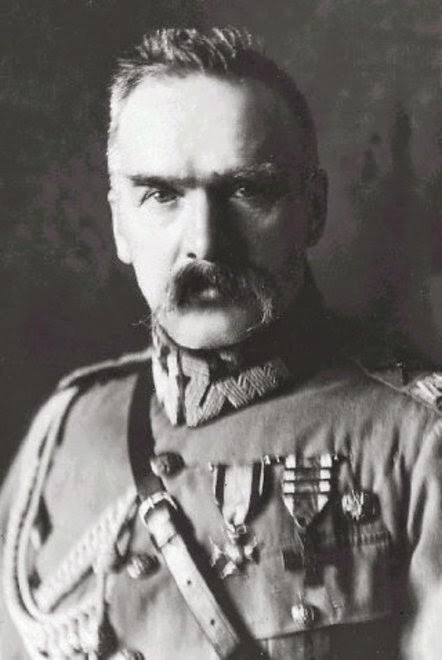 Piłsudski's regime began a period of national stabilization and of improvement in the situation of ethnic minorities, which formed about a third of the Second Republic's population.[51][126][127][128] Piłsudski replaced the National Democrats' "ethnic-assimilation" with a "state-assimilation" policy: citizens were judged not by their ethnicity but by their loyalty to the state.[129][130] Widely recognized for his opposition to the National Democrats antisemitic policies,[131][132][133][134][135][136] he extended his policy of "state-assimilation" to Polish Jews.[129][130][137][138] The years 1926–35, and Piłsudski himself, were favorably viewed by many Polish Jews whose situation improved especially under Piłsudski-appointed Prime Minister Kazimierz Bartel.[139][140] Many Jews saw Piłsudski as their only hope for restraining antisemitic currents in Poland and for maintaining public order; he was seen as a guarantor of stability and a friend of the Jewish people, who voted for him and actively participated in his political bloc.[141] Piłsudski's death in 1935 brought a deterioration in the quality of life of Poland's Jews.[136] 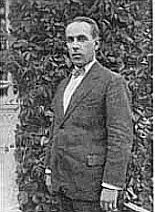 The Volhynia Experiment was a cultural and political program by the interwar Polish government in the province of Volhynia whose purpose was the create a Ukrainian identity that was also loyal to the Polish state. It was hoped that this program would furthermore lead to pro-Polish sympathies in Soviet Ukraine and serve as a possible aide in Polish plans concerning the Soviet Union.[1] The Volhynian Experiment was opposed by both Ukrainian nationalists from neighboring Galicia and by pro-Soviet communists.

In 1928 Henryk Józewski, the former deputy minister for internal affairs in the Ukrainian government of Symon Petliura, was nominated the voivode, or governor, of Volhynia, to carry out the program of cultural and religious autonomy for Ukrainians in that region. Józewski, a Pole from Kiev (where, unlike in Galicia, Poles and Ukrainians had a history of cooperating with one another),[2] was a Ukrainophile who felt that the Polish and Ukrainian nations were deeply connected and that Ukraine might one day become a "Second fatherland" for Poles. [3] Like many Poles from Kiev, he was bilingual in the Ukrainian and Polish languages. [4]

Józewski brought Ukrainian followers of Symon Petliura, including former officers in Petliura's army, to his capital of Lutsk in order to help in his Volhynian administration. He hung portraits of Petliura alongside those of Pilsudski in public places, [3] founded the Institute for the Study of Nationality Affairs and educational society for the Orthodox (which expanded to 870 chapters in Volhynia), subsidized Ukrainian reading societies (by 1937, it had 5,000 chapters), and sponsored Ukrainian Theater. The use of Ukrainian language, instead of Russian, during church sermons was encouraged.

A loyal Ukrainian political party, the Volhynian Ukrainian Alliance, was created.[5] This party was the only Ukrainian political party allowed to freely function in Volhynia.[3] Its programme called for democracy, a separation of church and state, and equality for all citizens. Although many of its supporters, former officers of Symon Petliura, had committed anti-Jewish pogroms in Volhynia during the period the Revolution, under Jozewski's influence antisemitism was not tolerated.[3]

Two groups competed with Jozewski and his pro-Polish Ukrainian allies for the allegiance of the Volhynian Ukrainians: the Communist Party of Western Ukraine and the Organization of Ukrainian Nationalists (OUN), based in Galicia. The Communists referred to the Volhynian Experiment as a "Petliurite Occupation", and set up a front party, the Peasant Worker Alliance. The Peasant Worker Alliance, whose affiliation with the Communist party was unknown by most of its supporters, grew to be the most popular party in Volhynia, until it was banned by Jozewski in 1932. Soviet-based partisans fought Jozewski's police in the marshes of northern Volhynia. [3]

While the Communists were coming to Volhynia from the East, Ukrainian nationalists entered from the South. The OUN saw Volhynia as fertile ground for the expansion of its Ukrainian nationalist ideal. By 1935 it was reported that 800 OUN members were operating in Volhynia; they had penetrated many of the Ukrainian institutions that Jozewski had created. According to Jozewski's rivals in the Polish military, the pro-Polish Petliurite Ukrainians in Volhynia failed to match the OUN in terms of organization and numbers.[3]

During the period of his governance, Józewski was the object of two assassination attempts: by Soviet agents in 1932 and by Ukrainian nationalists in 1934.[6]

After his sponsor Pilsudski's death in 1935, Józewski's Ukrainian programme was cancelled. The anti-Ukrainian Polish elements in the Polish military took control over policies in Volhynia. Józewski was criticized for allowing Ukrainians to buy land from Poles, Orthodox churches were demolished or converted to Catholic use during the "revindication" campaign, and by 1938 Józewski himself lost his post.[1][7] Under his successor, all state support for Ukrainian institutions was eliminated, and it was recommended that Polish officials cease using the words "Ukraine" or "Ukrainian." [8] The Polish army Generals believed that filling all state offices in Volhynia with ethnic Poles would ensure fast mobilization and prevent sabotage in case of a Soviet attack on Poland.[9] Ukrainians were systematically denied the opportunity to obtain government jobs.[10] Although the majority of the local population was Ukrainian, virtually all government official positions were assigned to Poles. Land reform designed to favour the Poles[11] brought further alienation of the Ukrainian population..[12]

Military colonists were settled in Volhynia to defend the border against Soviet intervention.[9] Despite the ethnic Ukrainian lands being overpopulated and Ukrainian farmers being in need of land, the Polish government's land reforms gave land from large Polish estates not to local villagers but to Polish colonists.[10] This number was estimated at 300,000 in both Galicia and Volhynia by Ukrainian sources and less than 100,000 by Polish sources (see osadnik) [13]

Plans were made for a new round of colonization of Volhynia by Polish military veterans and Polish civilians and hundreds of new Roman Catholic churches were planned for the new colonists and for converts from Orthodoxy.[8]

The ultimate result of Polish policies in Volhynia was that a sense of Ukrainian patriotism was created; however this patriotism was not tied to the Polish state.[1] As a result of the anti-Ukrainian Polish policies that followed the Polish government's cancellation of the Volhynian Experiment, both Ukrainian nationalists and Communists found fertile ground for their ideas among the Volhynian Ukrainian population.[8] Eventually, the Polish population of the area would be destroyed in the Massacres of Poles in Volhynia.


The Volhynia Experiment makes perfect sense, especially considering that before the 'Ukrainians' were known as 'Kieven Rus' they were the East Polans: 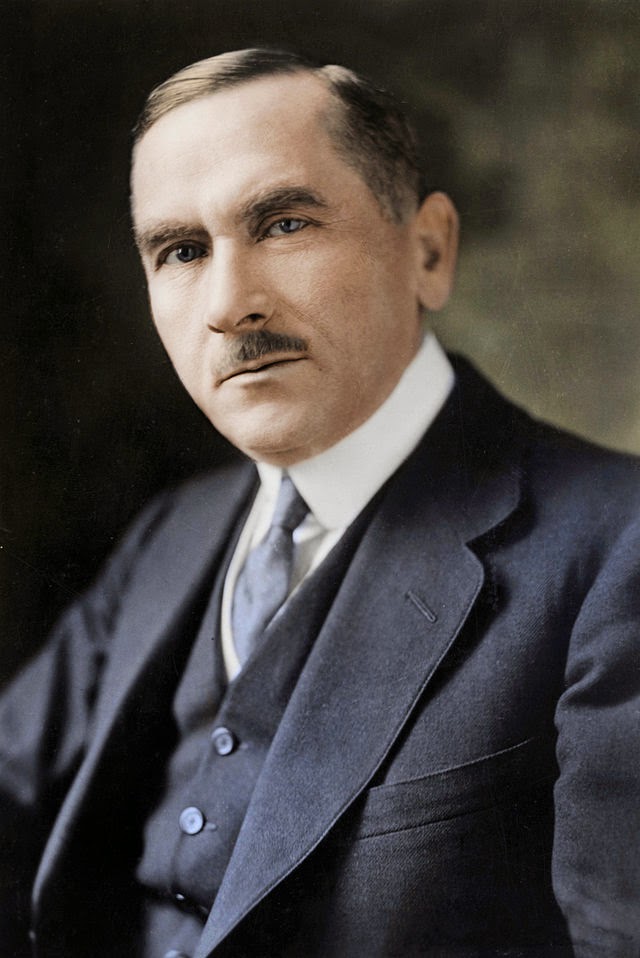 Forever a political opponent of Piłsudski, Dmowski favored what he called a "national state," a state in which the citizens would speak Polish and be of the Roman Catholic faith.[54] If Piłsudski's vision of Poland was based on the historical multiethnic state that had existed under the Jagiellonian dynasty, which he hoped to recreate with a multinational federation (Międzymorze federation),[55] Dmowski's vision was the earlier Polish kingdom ruled by the Piast dynasty, ethnically and religiously homogeneous.[54] Piłsudski believed in a wide definition of Polish citizenship in which peoples of different languages, cultures and faiths were to be united by a common loyalty to the reborn Polish state.[56][57] Dmowski regarded Piłsudski's views as dangerous nonsense, and felt that the presence of large number of ethnic minorities would undermine the security of Polish state. At the Paris Peace Conference, he argued strenuously against the Minority Rights Treaty forced on Poland by the Allies....


... For Dmowski, what the Poles needed was a "healthy national egoism" that would not be guided by what Dmowski regarded as the unrealistic political principles of Christianity.[10] In the same book, Dmowski blamed the fall of the old Commonwealth on its tradition of tolerance.[10] While at first critical of Christianity, Dmowski viewed some sects of Christianity as beneficial to certain nations, through not necessarily Poland. Later in 1927 he revised this earlier view and renounced his criticism of Catholicism, seeing it as an essential part of the Polish identity. Dmowski saw all minorities as weakening agents within the nation that needed to be purged.[10][74]

In the prewar years, the history of Poland was contested terrain as different ideological forces pulled Polish nationalists in opposite directions, represented by Dmowski and Piłsudski.[75] Throughout his career, Dmowski deeply disliked Piłsudski and much of what he stood for.[72] Dmowski came from an impoverished urban background and had little fondness for Poland's traditional elitist social structure.[71][72] Instead, Dmowski favored a modernizing program and felt Poles should stop looking back nostalgically at the old Polish-Lithuanian Commonwealth, which Dmowski held in deep contempt and should instead embrace the "modern world".[72] In particular, Dmowski despised the old Commonwealth for its multi-national structure and religious tolerance.[72] He saw the ethnic minorities in Poland as a direct threat to the cultural identity, integrity and ethnic cohesion of Poland, directly in competition with the Polish petit bourgeoisie with which he identified.[73] Dmowski argued that good citizens should only have one allegiance to the nation, and there is no middle ground.[76] In his ideal Poland there would be no ethnic minorities, they would either be polonized or forced to emigrate.[77] The success of his nationalistic ideas, also adopted and propagated by nationalists in other countries (such as Lithuania and Ukraine) contributed to the disappearance of the tolerant, multicultural Polish-Lithuanian identity.[76]


Posted by Douglas Andrew Willinger at 7:00 AM