Due to the again blocking of the Avles Beluskes blogs, I have here reproduced one of his key posts regarding the esoteric name of Mary. 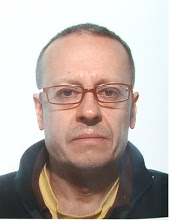 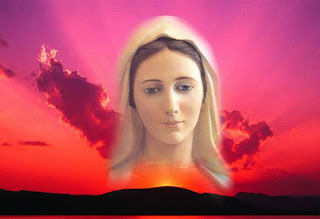 From a comment of Douglas Willinger to my previous message "....and they even dare to call her: 'virgin'.":

A very important observation of Douglas Willinger about the figure of father Maximlian Kolbe:http://continuingcounterreformation.blogspot.com/2007/08/from-man-for-others-maximilian-kolbe.html

"........From “A Man For Others: Maximilian Kolbe Saint of Auschwitz In the Words of Those Who Knew Him” by Patricia Treece, published by Harper & Row Publishers, 1982 hardcover 1st edition, at page 107

In March 1938, before most people thought of a war, he had said to the Brothers: During the first centuries, the Church was persecuted. The blood of martyrs watered the seeds of Christianity. Later, when the persecutions ceased, one of the Fathers of the Church deplored the lukewarm ness of Christians. He rejoiced when persecutions returned. In the same way, we must rejoice in what will happen, for in the midst of trials our zeal will become more ardent. Besides, are we not in the hands of the Blessed Virgin? Is it not our most ardently desired ideal to give our lives for her? We live only once. We die only once. Therefore, let it be according to her good pleasure. [!!!]

Once war came, he did not change his tune:
“God is cleansing ,” he said. “After this her [spiritual] light will shine on the world.”............"
Maximilian Kolbe A Liar According to Eric Jon Phelps
Wlodimir (Vladimir) Ledochowski's Goals Via Goals

I thought I saw this a few months ago, but then could only find a wedding announcement for ANOTHER Wlodimir Ledochowski, dated about 1946, so it almost was like a visit to the Twilight Zone- I saw something that later vanished. And now it reappears.

That reminds me, what is the deal with that 1913 Leodchowski-Warfield marriage!

This reported in multiple newspapers, but with inconsistencies in the age and the existence of a younger brother..

I have not found if the uncle and the 191-1942 Black Pope's dad had any additional brothers that could possibly provide a namesake 1st cousin.

Internet geneology sources for Louise Warfield that I have seen exclude any spouse or offspring info.

Should not some Jesuit source provide the information to show whether this involved a namesake 1st cousin or the Black Pope to be himself? (esp if the former)

Sort of ironic that the bride's surname is WAR FIELD."

It even gets better!

The girl's name Louise \lo(ui)-se\ is pronounced loo-EEZ. It is of Old German origin, and its meaning is "renowned fighter".

Apparantly, the woman that Maximillian Kolbe refers to must have a name variant of "Mary-Lou"

The stench of the 'virgin' Mary pagan cult, of the bloody Vatican assassin Dragons and of the Duke of Savoy, over the Massacre of Erba.

“….The patron of the Carabineers Army is the Virgo Fidelis.
“Virgo Fidelis” is the title of honour and praising with which the Madonna is invoked during the Litany of the Blessed Virgin Mary: on the 8th December 1949 pope Pious XII proclaimed officially Mary “Virgo Fidelis Patron of Carabineers” establishing the celebration of the holyday on the 21st November, day of the presentation of Mary at the Temple and of the recurrence of Culqualber battle….”. 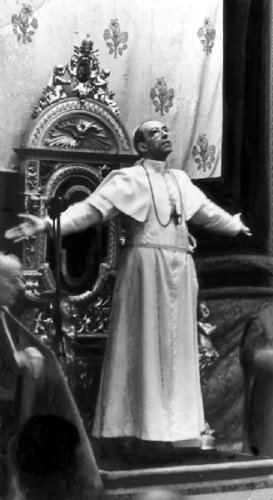 And let's see now the creation of the Carabineers army:
http://en.wikipedia.org/wiki/Carabinieri


“…The corps was created by King Victor Emmanuel I of , with the aim of providing with a police corps similar to the French Gendarmerie. Previously, police duties were managed by the Dragoni di Sardegna corps, created in 1726 and composed of volunteers….”


And who was King Victor Emmanuel I of , the man who created the Carabineers army?
http://en.wikipedia.org/wiki/Victor_Emmanuel_I_of_Savoy


“….Aosta took the throne on as Victor Emmanuel I. He ruled from for the next twelve years, during which time he constituted the Carabinieri élite corps, still existing as one of the main branches of Italian Army.
Victor Emmanuel could return to only in 1814, his realm reconstituted by the Congress of with the addition of the territories of the former . The latter became the seat of the Sardinian Navy. Victor Emmanuel abolished all the freedoms granted by the Napoleonic Codices and restored a fiercely oppressive rule: he refused any concession of a constitution, entrusted the instruction to the Church and reintroduced the persecutions against Jews and Waldensians….”.


".......The true reason of existence of the army with 13 flames on the front head, the Carabineers Army, is the destruction of anyone refusing to submit to the divine emperor of ! ........"

".......At the end of the war, the first thing that the Allies did under Eisenhower was pull down all the statues of Mother Mary (to whom the camps were dedicated) outside the hundreds of death camps. Many of the oven blocks---ahead of any other buildings---were quickly dismantled and destroyed in many camps. Some camps, such as the only human sacrifice camp dedicated to burning children (Lodz) was virtually wiped from history......".