According to a paper by Else Loeser 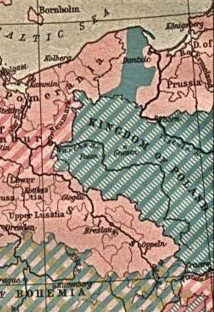 A new blog is born:

Perhaps he was referring to someone earlier?

As the terms of his sentence are only geo-political ones he could refer more to the temporal vs. spiritual clash?