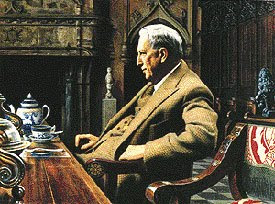 An email regarding Vatican anti MJ disinfo at the site "Spiritually 'Smart'", (then unanswered by that site's master- remember that such disfo fuels support for the cigarette-pharma market protection criminal mercantilism/drug war) - with a thoughtful reply by Troy:

I just watched one of Thomas Richard's excellent videos, which he mars. Why is Thomas Richards spreading anti Marijuana disinformation?

Perhaps he has a different biochemistry? If so, then Marijuana is not for him. That's fine.

Or perhaps he smoked too much -- e.g. wake and bake burn out syndrome.

But what he says for himself I know to to completely wrong for so many people, as it has been for me. I have found Marijuana excellent for creativity, though not if one were to do wake and bake.

But for him to condemn this gift of God as he does, he does the work of the Vatican and their William Randolph Hearst. Does Thomas Richards support the Vatican's pharamacratic inquisition?

Genesis 1:29. The Authorized Version: And God said, Behold, I have given you every herb bearing seed, which is upon the face of all the earth, and every tree, in the which is the fruit of a tree yielding seed; to you it shall be for meat 1 Timothy 4:1-4. The Authorized Version: 4:1 Now the Spirit speaketh expressly, that in latter times some shall depart from the faith, giving heed to seducing spirits, and doctrines of devils; 4:2 Speaking lies in hypocrisy; having their conscience seared with a hot iron; 4:3 Forbidding to marry, and commanding to abstain from meats, which God hath created to be received with thanksgiving of them which believe and know the truth. 4:4 For every creature of God is good, and nothing to be refused, if it be received with thanksgiving:

I have removed Thomas from the reply list above as he has requested that I do not communicate with him, due to my pointing out to him that his following statement is completely unsupported by scripture & the scenarios that he refers to are possibly often (though obviously not always) demonic: "its not because someone is smart enough to understand the bible. its all about God revealing it to you. which is what happened to me in 1997 and it was very powerful and supernatural. if people cant elaborate a born again experience to you where they received forgiveness for their sins and then power to live a holy life and they received the fear of the Lord then i doubt they are anything except a religious person on par with any roman catholic. they are religious folks who were born into Protestantism, etc."

As we know Thomas' Pauline Damascene experience was triggered by watching Pat Robertson on the TV. What to make of this I have no idea, but in one of his YouTube comment replies to someone, Thomas claims it is God moving through mysterious ways. He is also under the wing of Tony Alamo as I understand. Despite protests to the contrary Alamo has a very dubious reputation & I'm not convinced by his own personal story. I have links to Alamo's excellent Vatican expose pics section from his website & promote Thomas' website & some of his Youtube videos via my blogpage, Myspace page & YouTube page, but as with Alamo, I cannot endorse him personally & certainly in good faith I cannot recommend his dishonest theology (which he angrily defends - though not with sound & scriptural argument - when questioned). Contrary to his contention, I don't claim to know it all, far from it. He can quote far more scripture than I would pretend to, though whether he has read the whole Bible as I had by the age of 12 (that's a fact for context, not a boast), I do not know. I do know that he is egregious error on several matters though. It is also worth bearing in mind the old quote by a retiring cricket umpire relecting on his life & his field: "He who only knows cricket knows cricket not". Godspeed - TS

A Conversation with Thomas Richards
http://continuingcounterreformation.blogspot.com/2010/09/conversation-with-thomas-richards-about.html

While I haven't personally had a place or desire for marijuana in my life for many years now, I did enjoy its effects in moderation in my younger years - particularly in terms of creativity (musical, in my case), as you mentioned.

I also never found it to be nearly as destructive to the lives of any people I've known who used it, even those who used it far more often than I would ever choose to.

It is certainly nowhere near as dangerous and destructive as alcohol, nicotine and the other legal drugs, not to mention all of the illegal drugs, such as heroin and methamphetamine, which are alive and well precisely because very rich and powerful people are running the major cartels behind the scenes.

Hello, I appreciate you for producing this awesome post. I’m really impressed with your way of writing and how you communicate your message. You’ve got a wonderful future in producing blogs and forums, that is certain. Continue the fantastic work. az medical marijuana doctor