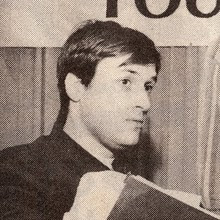 Wed, February 28, 2007 4:24:21 PMI questioned the RCC in aborting the DC South Mall and got targeted by 20+ police
From: Douglas Willinger
Posted by Douglas Andrew Willinger at 3:59 PM

Its good to have people who express their experience in a more neutral web site, due to the fact that in the official blogs and forums the moderators usually delete the negative opinions people have.