In Both Directions - Countering the Immigration Counter Reformation 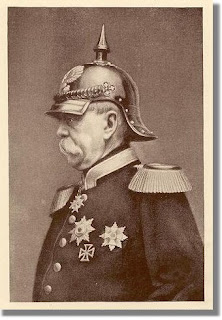 The standard reaction against Mexican immigration into the U.S.A. is a trap somewhat akin to that of the government of Otto Von Bismarck against Polish peoples, largely out of fear of Roman Catholics.  Its a trap historically seen in places as Texas or East Prussia, for responding in a fearful manner designed to ultimately further Roman Catholic demographics.  Attack a largely Roman Catholic ethnic group to further their identity with that church, as did Bismarck., and infinity worse so via Hitler.

I say, welcome the Mexicans with open arms throughout the U.S.A. as Jesus would do- ultimately subverting Roman Catholicism via creating a friendly climate for conversions to various forms of Protestantism, including marriage to non-Mexicans further engendering the melting pot.  East Prussia had its Mazurians who where largely ethnically Polish yet German in self identity, and were Protestant.

The defeat of the Nazis was an unmitigated disaster for the Mazurian people, their plight graphically depicted in Wojciech Smarzowski’s film Róża (Rose). Mazurians were simply treated as the German ‘enemy’ by the victorious Red Army, and were murdered, imprisoned, dispossessed from their farms, forced into prison camps, and the women repeatedly raped, causing an epidemic of venereal disease. The establishment of Polish civilian rule brought no relief for the unfortunate Mazurians, and they were subjected to the negative propaganda of the Catholic church which equated ‘Polishness’ with Catholicism, and Protestantism with Germans. Many Mazurians insisted on identifying themselves as ‘Germans’, and only those willing to undergo a humiliating verification process to prove they were ‘Poles’ were allowed to remain in Poland.

The whole epoch of People’s Poland was simply one of continuous repression and ethnic cleansing for the Mazurian people. Communist party bosses wishing to build their own dachas in the beautiful Mazurian lakeland, forcibly sold farms owned by Mazurians, thus emptying several villages of their inhabitants. Protestant cemetaries were devastated, with anything written in German or Gothic script chiseled out. Even Protestant hymn books donated by Swedish churches were not allowed to enter Poland.

It is estimated that, out of a Mazurian population of around 600,000 at the start of World War 2, only around 6,000 people of Mazurian descent remain in Poland today.

Some years ago, my wife and I went to stay with a German friend and his ‘German’ girlfriend. We all, as people these days generally do, spoke broken English with each other. Then, after a few days, the girl suddenly revealed a hitherto unknown ability to speak Polish, and from that point spoke to my wife in what was obviously her mother tongue. For me, as a native speaker of English, I find it inconceivable that I would speak to a fellow native speaker of English in any language other than English. What societal or psychological forces are at play to make others choose to hide or deny their ‘true’ ethnic identities?

Regarding the treatment of the Mazurians, I believe all people have the write to choose their own identities for themselves, and I believe no-one has the right to impose an unwanted identity on others. If Ulster Protestants see themselves as ‘British’, then no-one has the right to impose Irishness upon them, and if the Mazurians wanted to be ‘German’, then the choice was theirs alone to make.

Having said this, and fully respecting the decision to choose the German option in the 1920 plebiscite, their decision to enthusiastically support the N.S.D.A.P., a party that openly sought to eradicate the Poles as a people, can only be condemned, and their famous 1932 endorsement of the Nazis must go down as one of the most blatant examples in human history of turkeys voting for an early Christmas. All we can say in their defense is that, as a rural and largely unsophisticated people, they may not have been fully aware of what exactly they were voting for. But is collective punishment ever truly justified, and did the Mazurians deserve their grim fate in the aftermath of World War 2. ...

Although many, if not most, felt more at home speaking their own Lechitic Slav dialect than German, and almost all had surnames betraying their Slavic roots, the majority of Mazurians fitted the ideal demographic profile for supporting the N.S.D.A.P. They were rural, unsophisticated, economically disadvantaged Protestants, living in a contested border area. Just as the sons of Ulster often appear more loyal to Britain than the British themselves, so the Mazurians attempted to be more loyal to Germany than the average German speaking German. In 1932, astonishingly, Mazuria was the region of Germany with the greatest percentage of votes for the Nazi party. That year, the N.S.D.A.P. received 37% of the vote in Germany as a whole, 47% in East Prussia, and 65% in Mazuria. In 1932, Hitler himself declared, “I do not belive there is another land in the whole of Germany with the loyalty of the Mazurians.”


You will not hear about the crimes of the driving out of the Mazurs (nor any of the other peoples expelled during the 1940s with the exception of the Palestinian peoples by exclusionary zionist militia forces during Israel's war for independence).  Yet their existence attests to the importance of factors asides from DNA (or ethnicity nor race) in the matter of identity of nationality.  Especially with Prussia, which got its name from its initial inhabitants who were conquered by the Teutonic order and either killed or assimilated into the influx of German and Polish settlers, and which became its own identity of the 'Prussians'.

Nor do we hear anything about the concept of immigration equality.  In other words, talk about Mexicans and other Spanish speaking countries into the U.S.A., but never the reverse, of people in the U.S. moving to Mexico.  As if its okay for people from overwhelmingly Roman Catholic countries to move into other places, but not with those from non Roman Catholic majority countries to move into the former.  Just twist the issue with both sides crafted to ultimately end up advancing the Roman Catholic demographics, as with WW2 and the U.S.-N.A.T.O. involvement in the breakup of Yugoslavia..

Address the immigration restrictions upon U.S.A. citizens into Mexico and other such nations, with "dial 1 for English, 2 for Spanish" and "dial 1 for Spanish, 2 for English" respectively on both sides of the U.S.-Mexican border.  With more U.S. citizens moving south of the border, their wealth moves with them to assist in the local economies, such as building and maintaining houses, and hence the increase in local property taxes to assist infrastructure development.

Do that and one has gone a significant way for explaining some of the reasons driving the Mexican and Central American immigration into the U.S.A., namely the poor economies there that would benefit from an influx of people from the U.S.A. and their wealth towards improving the economy there.