The Intrinsic Illogic (and logic) of Jew-Bashers

The whole 'jew basher' think is intrinsically illogical for targeting DNA rather then institutions that provide the organizeable chains of command- after all they are called "orders').Of course we know why they target Jewsih DNA (rather then say the doctrinal absurdities, as that would go towards questioning doctrinal absurdities in general).

That's right. With their mind set it's enough to totally corrupt you (aka making you "work for the Zionists") if your wife has Jewish heritage, similar story with Hitler, or your last name sounds Jewish or whatever. Not a word about proven loyalties, who financed and trained people and most important one: which master people serve right now in this lifetime. That's what they call "research" then Or they quote the Talmud ad infinitum. To this I say: what is more binding, the bloody oaths of secret societies like the Jesuit order or the instructions of an old religious book, not to mention that many Jews will not follow let alone even know that book (-> you need the hierarchical infrastructure to control the NWO).My updated compilation for the Jew bashers here:http://z10.invisionfree.com/The_Unhived_Mi...0&#entry3055050

Some questions to ask the Jew bashers:- if the NWO is controlled by Israel/the Jews why is it then that Israel has been condemned by the UN, which is an integral part of the NWO? Why is Israel having problems like constant wars at all, if they are the ones who allegedly control everything?- if the Jews control all the media how is it possible you hear about atrocities like the recent assassination in Dubai by the Mossad (and other atrocities) in the mainstream media at all?- if the Jews control all banking how is it possible that the BIS (Bank for International settlements), the "central bank of all central banks' in its beginnings had strong ties to the Nazis? How about the Jesuit owned Bank of Amercia, now the biggest bank in the USA? What about the undeniable ties of the Rothschilds to papal Rome? How about the Knights of Malta, inheritors of the wealth of the Knights Templar, the first international bankers?- if Israel controls the US by means of AIPAC, how is it possible that the Obama administration recently condemned Israel for building settlements in East Jerusalem? Other states have condemned Israel as well.- what is more binding: the bloody oaths of secret societies like the Jesuit order or the instructions of an old religious book like the Talmud? (-> you need the hierarchical infrastructure to control the NWO). If it is true the Talmud aks the Jews to rape 3 year old girls why does it not show up in the criminal statistics?All in all: the Jew bashing belief system only works as long it is able to keep up its very selective world view. It's only able to succeed as long it is able to filter out a lot of deeper research which actually exists out there.

This was in 1777. Weishaupt had long been scheming the establishment of an Association or Order, which, in time, should govern the world. In his first fervour and high expectations, he hinted to several Ex-Jesuits the probability of their recovering, under a new name [...]John Robison: „Proofs of a Conspiracy” (1798)

Answers to the alleged Jewish conspiracy

The Conspiracy - Making It Appear Jewishhttp://calltodecision.com/tcons.htm

Book by Dr. Stanley Monteith: „Brotherhood of Darkness”: chapter „The Jews”A factual reply by 2TUFF to a jew basher (see reply by „ThruthSeeker24”)http://z13.invisionfree.com/THE_UNHIVED_MI...showtopic=14131

2TUFF destroys Madthumbs on Jew disinformationhttp://z13.invisionfree.com/THE_UNHIVED_MIND/index.php?showtopic=17624
Posted by Douglas Andrew Willinger at 12:24 AM No comments: 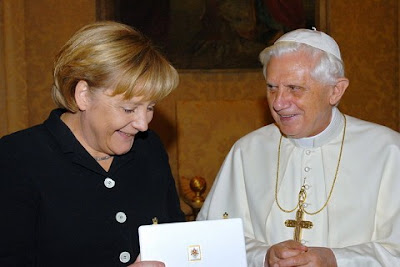 According to Craig Oxley of The Un-Hived Mind:

We must never forget what the Society of Jesus, Superior General, Wlodimir Ledóchowski had done to Reformation Germany since 1915.

Angela Merkel is an asset of the Knights of Malta controlled Deutsche Verteidigungs Dienst. The same organisation totally tied to the Central Intelligence Agency thanks to the Knights of Malta and their Joint Intelligence Objectives Agency back in 1945. All funded of course by wealth stolen from Torah believing Judiacs in accordance with the worship of Satan and not of the Biblical texts. Another example of Knight of Malta involvement with the Deutsche Verteidigungs Dienst is of course Heinz Kissinger and George H.W Bush. -Craig Oxley 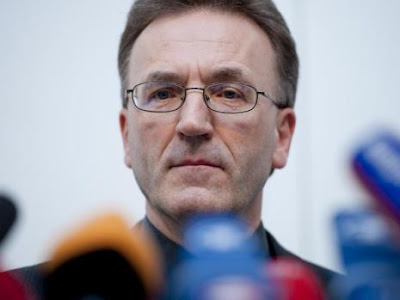 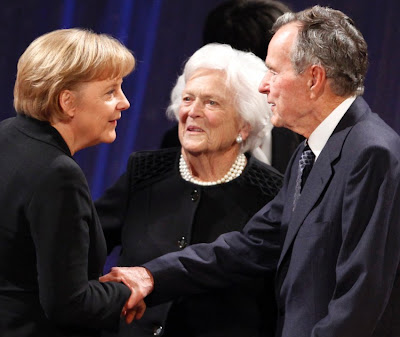 Posted by Douglas Andrew Willinger at 5:48 PM No comments:

Highlights the detrimental figures that have employed the term 'social justice',
without identifying that term's most prominent originators- the Jesuit Order 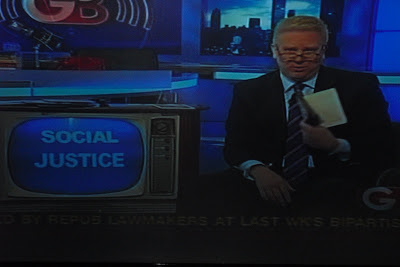 Okay.. Glenn Beck shows us the logos -- each against a red background flag color -- of the Nazis and the Commies -- noting their simularity.

But of course he fails to point out where this red standard existed earlier in history. 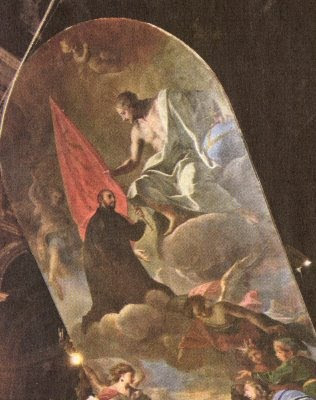 Likewise, in his following presentation of the 1930s radio speaker 'Father Coughlin' who had his own magazine and message of 'Social Justice'. 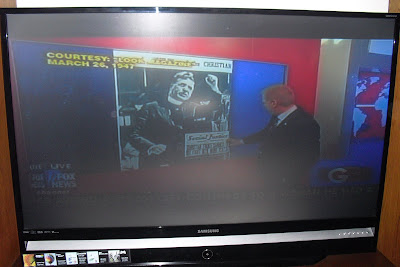 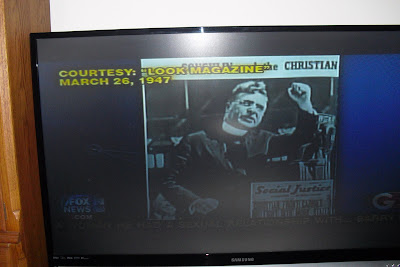 'Social Justice' is a term long used by Jesuit run 'activist' organizations, such as those under a 'soo good' aura of some mode of environmentalism, those seeking Northern Ireland's merging with the Republic of Ireland without the former's majority's consent, those who opposed Rhodesia though would say comparitively little or nothing about similar disproprtionate landownerships by Whites in Roman Catholic South America, and particularly those promoting re-establishing the ancient Roman Empire's name of 'Palestine' to the lands now occupied by the modern state of Israel, for both imaginary and real crimes such organizations would otherwise ignore if committed by any nation other then Israel (particularly those far broader crimes by perhaps the most Roman Catholic theocratic nation-state of Croatia- such as the US military aided 1995 'Operation Storm' to decimate Serbian Krijina).

'Social Justice; is indeed a term coined by Jesuits:

Luigi Taparelli D'Azeglio, S.J. (1793—1862) and the Development of Scholastic
Natural-Law Thought As a Science of Society and Politics*
by Thomas C. Behr

Luigi Taparelli, S.J. promoted the revival of scholasticism at the Collegio Romano in the 1820s, where the future Leo XIII was among his students. With his Theoretical Treatise on Natural Right Based on Fact, 1840 —1843, he elaborated a natural-law approach to politics that became a hallmark of Catholic social doctrine. Among those whom Pius IX assigned to found the journal Civiltà Cattolica in 1850, Taparelli's critiques of radical liberalism left him erroneously marked in public consciousness as an intransigent opponent to political liberalization in general. This reputation marginalized interest in Taparelli and obscured the relevance of his theoretical works to the development of the Catholic liberal tradition. Among other things, Taparelli elaborated the concepts of social justice and subsidiarity but with implications at times quite different from how these terms have been used historically.

Luigi Taparelli was a widely known Catholic polemicist in the heated mid-nineteenth-century era of social revolution in Europe and unification in Italy. Writing regularly in the Civiltà Cattolica for twelve years, he had the added celebrity of being the Jesuit brother of one of the leading nationalists and liberal prime ministers of Piedmont, Massimo D’Azeglio. Even though Taparelli has been credited with inaugurating a Catholic sociology of politics and with coining the phrase “social justice,” not even the recommendation of Pius XI in the 1930s that students should take up his works, right after those of Saint Thomas Aquinas himself, could stimulate more than sporadic interest—and that, predominantly from subsequent Jesuits associated with the journal Civiltà Cattolica, cofounded by Taparelli in 1850. On the one hand, the opinion of the secular historical profession, mostly Italian, influenced generally by a superficial and unsympathetic reading of a few of his well-over two hundred articles on politics and culture in the Civiltà, has tended to label Taparelli as a sophist and reactionary zealot. On the other hand, specialists interested in the history of the revival of Thomism and Scholastic philosophy have long recognized Taparelli’s part in that history, with his tireless promotion of Aquinas and the later Scholastics dating already from the mid-1820s when he was the Rector of the re-founded Jesuit seminary of Rome, and among his students was found the future Leo XIII.1

Taparelli’s own account of his “conversion” to Thomism in 1825 leaves no doubt about his motivation: Metaphysical confusion was dangerous to sound theology and morality.2 Taparelli argued that the post-Cartesian abandonment of the hylomorphism of Aristotle and Aquinas came at a steep cultural and political price. Unlike the natural sciences, where differences of opinion, Taparelli analogized, have no effect on the actual course of nature, mistaken metaphysical assumptions have a direct bearing on the direction of individual wills and lead to disorder in society.3

His proposals for the orientation of studies at the Collegio, submitted at the beginning of the 1827–1828 academic year argue for a return to the metaphysics of the Scholastics, to the “Ratio studiorum” of the Jesuits promulgated in 1586 as the antidote to the corrosive influence of Cartesian universal doubt on sound reasoning.4 Taparelli offered his definitive remarks concerning the weaknesses of modern philosophy versus the strengths of the classical and Scholastic approach in an article in the Civiltà Cattolica from 1853, “Di due filosofie:”5

We will demonstrate therefore that the philosophy of the Scholastics, as demonstrative, can be contrasted with modern philosophy, as inquisitive, in regard to four aspects: namely,

The former proceeded from certainty, the latter from doubt;
The proper scope of the former was evidence, of the latter certainty;
The former, in ascertaining its judgments, relied on any rational element whatsoever; the latter accepts only one, ratiocination;

The former produced in souls a disposition that was catholic, social, and practical; the latter a disposition that is heterodox, anti-social, impractical. It is important to note the larger political context, as an aside, that the elusiveness in the first half of the nineteenth century of a systematic Catholic approach to the social and political questions of the day had contributed to no small amount of doctrinal and practical confusion among both clergy and lay activists, ever since the human costs of industrialization and urbanization began to become manifest in Catholic areas such as France, Belgium, northern Italy, and the Catholic zones of Germany.

The prevailing Catholic response had included the expansion of traditional charitable works along with isolated episcopal calls for greater charity and less capitalist greed. But this ad hoc approach found itself, especially after 1848, caught in a virtual no man’s land between socialists, who characterized the purely evangelical approach as reactionary, and laissez-faire capitalists, who charged such activists with fanning the flames of revolution.6 Closer to home in Italy, the “Social Question” was less pressing than the “Roman Question,” that is, the heated debate over the reforms necessary in the Papal States, the constitutional form that an eventually united Italy would take, and the place of the papacy within it.

It was precisely the complexity and urgency of these critical situations that led Taparelli already in 1847 to implore the Jesuit Father General to launch the sort of journal that the Civiltà Cattolica became in 1850, a journal that could engage the ideologues of the heterodox spirit—laissez-faire liberal or socialist—from the foundation of neo-Scholastic natural law.7 The Jesuits, widely accused of political intrigue

historically, had been reluctant to openly enter the fray between radical, secularist liberalism and socialism in the defense of Catholic values, but the traumatic events of 1848 persuaded Pius IX to endorse the journal. Taparelli, already by that time an established expert on natural law, was an obvious choice to head up, along with Carlo Maria Curci, the project.