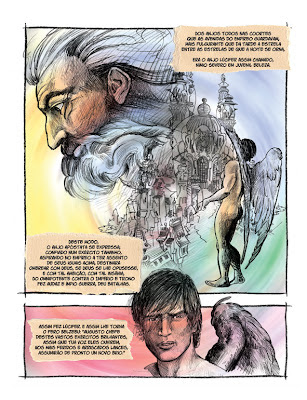 This winged figure appears to be the fallen angel Lucifer.

Here it is the trailer of the near book of BD it to be edited in the Madeira, thrown by the Seventh Bookstore Dimension: OCULUS ANIMI INDEX, a visit guided by the history of the humanity, or better, a visit the specific personalities that had, controlled or influenced (for well or for evil) the culture of the humanity.

Milton, Beethoven, Palestrina, Miguel Ângelo, Julio II, Pious IX, Pious XI, Andy Warhol, Rossini, Herbert von Karajan, Picasso... we look at his life, for the its work and for small episodes about the its lives. Explores-itself the racism, the Nazism, the discrimination and put an end a digression about the razao by the which bad things happen to the wrong persons.

This commemorative special edition in hard layer, has 50 pages of BD and 20 pages of notes and Bibliographical References (it explain details of the context of the epoch and other figures less known, as Wladimir Ledochowski, John LaFarge or Daniele of the Volterra).

Samples of the interior: 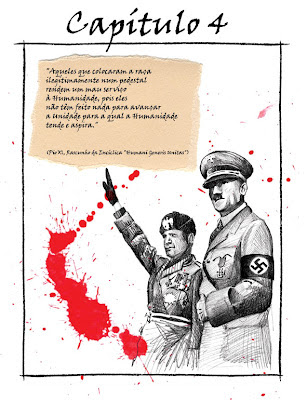 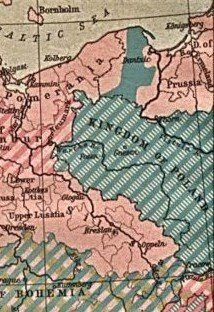