Charles J. O’Byrne, secretary to the new governor, at a meeting with legislators on Tuesday.
photo by Nathaniel Brooks for The New York Times

Accordingly, O'Byrne is a long time friend of the Kennedy family who left the Jesuit Order and is now a practicing Episcopalian.

In 1989, he formally joined the Jesuit order, with which he spent 13 years. In that time, he was ordained, earned two master’s degrees in theology and assisted at the Church of St. Ignatius Loyola on the Upper East Side.

It was during those years that the Kennedy family came to rely on him during some of their darkest moments. He had been friends since law school with Stephen Smith Jr., the son of Jean Kennedy Smith, John F. Kennedy’s younger sister. He acted as a spiritual adviser to the family during the 1991 rape trial of Mr. Smith’s brother, William Kennedy Smith.

In 1996, he officiated at the wedding of John F. Kennedy Jr. and Carolyn Bessette. And three years later, he said Mass at the funeral of Mr. Kennedy, who died when his small plane, carrying his wife and his sister-in-law, crashed into the Atlantic.

The Kennedys have also come to rely on him for matters other than spiritual guidance. According to Mr. O’Byrne’s statement of financial disclosure for the 2006 calendar year (his most recent), he is a trustee for the Jean K. Smith Trust, the Kennedy Smith Foundation and the Smith Family Trust. He also lists gifts in excess of $1,000 and trustee commissions from members of the Smith family.

Of leaving the Jesuits, “There was nothing sudden or dramatic about my decision,” he wrote. “Instead of a last straw there seemed to be an accumulation of straws.” He is now a practicing Episcopalian.

Accordingly O'Byrne, who is described by this NY Times article as "openly gay", estimated that 70 % of the priests in his per group were gay.

Even before he arrived in Albany, Mr. O’Byrne showed that he had few reservations about butting heads with powerful institutions. In 2002, the year he left the Jesuit order, he wrote an article in Playboy in which he described what he saw as hypocrisy and sexual dysfunction in the Roman Catholic Church.

In the article, he described the prevalence of what he called “boyologist” priests, ones who seemed, in his opinion, to take an unnatural interest in their young male charges.

“I became aware that there was sex all around me — including relationships between Jesuits,” he wrote. “I came to believe that living with such contradictions was at the core of our training.”

In other newspaper articles, he has been quoted as estimating that 70 percent of the priests in his peer group were gay. Mr. O’Byrne is openly gay himself.

Whether his comments about the church will become an issue for the Paterson administration is, of course, an open question. Catholics, the largest religious denomination in New York, make up 39 percent of the state’s population.

“Certainly it’d be in the best interest of the governor to have a good relationship with us,” said Dennis Poust, the communications director for the Catholic Conference, the church’s official public policy arm in the state. He added that the conference was willing to look past Mr. O’Byrne’s past comments in order to have a productive relationship with the new governor. “We’d be looking to go into this relationship with a clean slate. And I hope that he’s willing to do that.” 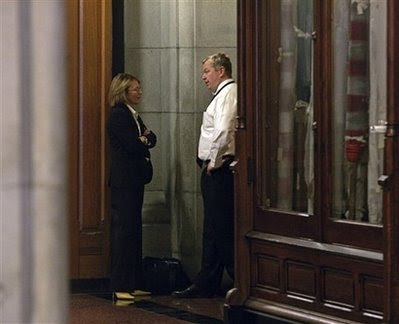 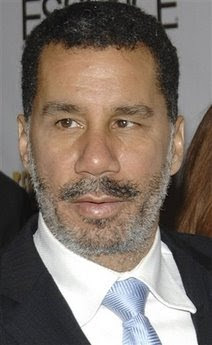 (who succeeded Gov. Spitzer who resigned
as a result of being exposed as a patronizer of prostitution)

More info at The UnHived Mind