Such a sentiment against Latin is perfectly legitimate if directed against Rome!

You try to do something nice…

Last spring, Senate Minority Leader Joe Benning got a letter from an eighth-grader at The Riverside School in Lyndonville. She was studying Latin, and wanted Senator Joe to introduce a bill to give Vermont a Latin motto. We’ve got “Freedom and Unity,” but no Latin.

As the idea developed, those involved came up with a motto: Stella quarta decima fulgeat. The translation: “May the Fourteenth Star Shine Bright,” is a nod to Vermont’s status as the fourteenth state to join the union. Nice. Poetic in both languages. Benning brought the student to Montpelier and introduced her to the Government Operations Committee, which would consider her proposal.

It was too late in last year’s session to launch the idea, but Benning introduced it this month. Senate Bill 2 would not affect “Freedom and Unity” at all; it would simply establish the Latin motto as a separate thing.

A nice harmless moment, no? A reward for a hardworking, creative student, yes?
Funny thing. Last week, WCAX did a story about Benning’s bill. And the reaction, as Benning told me in an email?


I anticipated suffering the backroom internal joking from my colleagues in the legislature.  What I did not anticipate was the vitriolic verbal assault from those who don’t know the difference between the Classics and illegal immigrants from South America.

Sen. Joe Benning, perhaps on his way back to Mexico. (Photo from his Facebook page.)


Dorothy Lynn Lepisto: “I thought Vermont was American not Latin? Does any Latin places have American mottos?”

Norman Flanders: “What next Arab motto??”

Kevin P. Hahn: “How about ‘go back south of the boarder'”

Richard Mason: “We are AMERICANS, not latins, why not come up with a Vermont motto that is actually from us”

Judy Lamoureux: “Throw him out of the cou

ntry tell him to take obama with him!”

Phil Salzano: “My question is, are we Latin, or are we Vermonters? Alright then, English it is…..”

Lori Olds: “I thought this was USA why are they trying to make Americans aliens”

Chris Ferro: “That’s a BIG NO, if you live in the United State YOU need to learn ENGLISH!!”

Julie Kellner: “No, you a USA citizen!.. Learn & understand the language!!!.”

Kurtis Jones: “No cause vt ain’t no Latino area. Leave the motto alone”

Zeb Swierczynski: “ABSOLUTLY NOT!!!! sick and tired of that crap, they have their own countries”

Ken Curtis: “Just when I felt our represenatives could not possibly get any dumber , they come up with this…get real… this is the USA, not some Moslim or Mexican country…stop given in to these people…PRESS 1 for English and forget the rest… worry about the problems you were elected to do”

Ronald Prouty Jr. “No way this is America not Mexico or Latin America. And they nee to learn our language, just like if we go there they want us to speak theirs”

Kristen Wright: “thats un called for this is the usa”

Kelley Dawley: “How do you say idiotic senator in spanish? I’d settle for deport illegals in spanish as a back up motto”

I could go on, but that’s more than enough.

And really, it’s only the tip of the iceberg. For every commenter who didn’t know the difference between Mexico and Rome, there were ten who were apoplectic over the notion that Our Representatives Are Wasting Their Time (as if this bill will take more than a few minutes anywhere), and that Joe Benning is a moron who should be voted out of office and/or evicted from Vermont.

The good Senator is reacting to this with admirable equanimity:


I figure this is a good opportunity for my now ninth grader to learn how to respond to such attacks with fortitude and grace.  I hope to be meeting with her and her parents this weekend to continue the educational experience.

That's the sentiment needed against Rome and its Church of the continuing mystery babylon.
Posted by Douglas Andrew Willinger at 11:11 PM 1 comment:

an example of the spiritual rot of the Southern 'Baptist' Convention 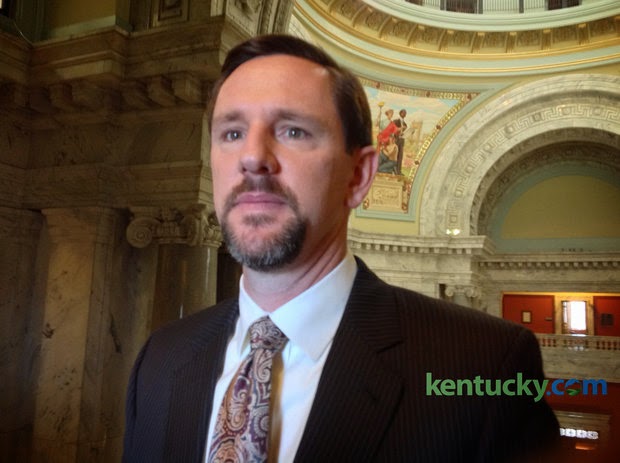 Paul Chitwood- a man under a satanic trance?

FRANKFORT — The leader of the state's largest religious organization voiced opposition Tuesday to a proposal in the state legislature that would make it legal for people to use marijuana in Kentucky for medical purposes.

"The very idea of thwarting the authority of the Food and Drug Administration and allowing Kentuckians to smoke marijuana under the guise that it is somehow medically beneficial is absurd," said Paul Chitwood, executive director of the 750,000-member Kentucky Baptist Convention.

"Just because other states have taken this step doesn't mean we should legalize another intoxicant, especially one that has been proven to be the first step toward abusing the hard drugs that are claiming so many lives through overdoes," Chitwood said.


House Speaker Greg Stumbo, D-Prestonsburg, filed a bill in this year's legislative session that would allow trained doctors to prescribe marijuana to patients for 21 "debilitating medical conditions," ranging from "severe" nausea to post traumatic stress disorder. The state would have a strict oversight system in place to make sure prescriptions were not abused, Stumbo said.

"I understand this is a learning process, but I hope people will listen to the debate before making up their minds," Stumbo said Tuesday in an email. "This is not recreational marijuana; it is medical marijuana, and they should hear the stories from people who say it has benefited them and their families. My bill is one of the strictest among the states, too; it does not allow smoking, nor does it let individuals grow their own."

Pope Francis Is A Thug

Threatens Violence Against those that See Through His Whore-Church 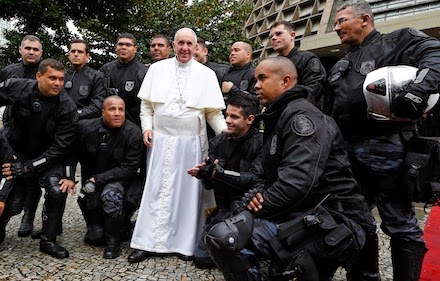 
Pope Francis has said there are limits to the freedom of expression – and that anyone who swears at his mother deserves a punch. Francis spoke about the Paris attacks while on his way to the Philippines, where around 1,500 Muslims protested yesterday against the depictions of the Prophet in the satirical French magazine Charlie Hebdo.

He said that freedom of speech and expression are fundamental human rights however he added that he believes there should be limits to offending and ridiculing the faiths and beliefs of others.
By way of example, he referred to Alberto Gasparri, who organises his trips and was standing by his side on board the papal plane.

“If my good friend Dr Gasparri says a curse word against my mother, he can expect a punch,” Francis said while pretending to throw a punch in his direction.

We are probably hearing this because Francis KNOWS he is aligned with evil, yet is too prideful to make a clean break.

Others are focusing upon the Vatican sex scandals.

IMHO that is a distraction from the far larger geo-political scheme of world control of people and markets- hence this blog Continuing Counter Reformation has published very little upon sex scandals.

Posted by Douglas Andrew Willinger at 9:48 PM No comments: 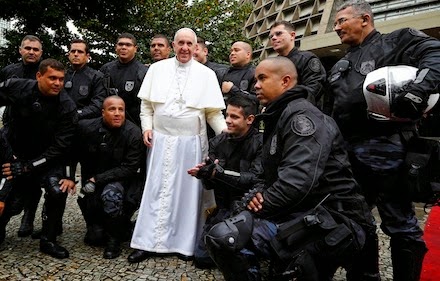 
Genesis - use the herbs of the earth  including cannabis, coca leaves and opium

Likewise they steal time from people via the unjust incarcerations for non criminal activity.

the distraction from true drug disasters seen in pharmacology  not simply the perversion of natural drugs but the creation of frankenstein monsters as amphetamine, and worse PCP and Ketamine- the mis-use of such to induce demonic possession


There is a special place in hell for the Vatican
http://freedomofmedicineanddiet.blogspot.com/2009/02/there-is-special-place-in-hell-reserved.html

The Plausible Falling Out between the Vatican and Angelo Francois Mariani
http://southmallblogger.blogspot.com/2014/10/the-plausible-link-between-angelo.html


Posted by Douglas Andrew Willinger at 5:03 PM No comments: