Do I risk my life for writing this? 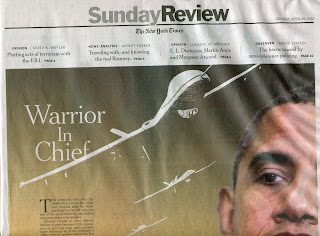 Labels: The Necessary Art of Writing Broadly and Narrowly

This article focus upon the fact that the British royalty are bad 'cause they are descended from Germans? OK, these were often rich, and royal. Or they had a few evil and/or depraced ancesters.

But where is it written that either are necessarily bad? That in a similar way is like pointing at some Irish (or Polish, or Italian, Spanish, Portuguese, etc, etc.,) descended people and simply printing- "ah ha Roman Catholic! The people *necessarily* (as in simply so rather than more strictly Papal loyalist as that entity's fraternal order network- aka college fraternities etc), high level education etc.

Condemning the royalty strictly for being of German ancestry is as absurd as if so for being Irish or Jewish (or Arab or ...

Rather the sin is allegiance to the historically satantic fraternal order system...


The Teutonic Origins of the New World Order

Jurriaan Maessen
Infowars
October 15, 2009
According to a recent poll held in the Netherlands, sympathy for the royal family is in serious decline. Immediate reason for the waning of warmth for the bluebloods is a questionable building project of luxurious holiday villas undertaken by the prince of Orange in the impoverished state of Mozambique. Another reason for the decline, say the pollsters, is an increasing unease about the family’s financial ethics or, rather, lack thereof. Not only are they in the habit of paying little or no taxes, they annually scoop bucket loads of cash from the treasury....
Posted by Douglas Andrew Willinger at 9:05 AM 2 comments: Links to this post

with those on the outside unaware of all of what's inside


The circumstances of Wlodimir Ledochowski’s ascent to the Black Papacy February 11, 1915 -- namely the statistically unlikely day apart sudden deaths of his predecessor, 25th Jesuit Order Superior General Franz Wernz, and Pope Pius X in August 1914, just weeks after WWI’s outbreak -- is suggestive of a power struggle by an entity with a deeper counter reformation agenda, perhaps too extreme for some within the Vatican to support, and hence cloaked.

That war ended with, amongst other things, the re-emergence of the Polish state absent from the map since 1795. It's an idea that comes up in different places:

Yet other goals, consistent with the idea of extending Rome’s power, more extreme, and plausibly too extreme for others to support, required a second and bloodier such war.

Hence, say Ledochowski would plan to start WW1 with such people.

But he would not rely upon their support for such a second such agenda stage, and thus his faction would have both murdered to pursue his goals as the 26th Jesuit Order Superior General via his 20th century continuation of the counter reformation. As such, Wlodimir Ledochowski continued with steering nations during WWI and afterwards. 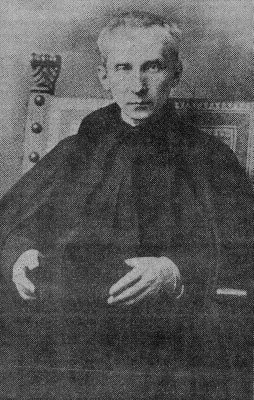 It was during the twenty-seven year Generalate of Father Wlodzimierz Ledochowski (1915-1942) that the traditional character of the Society received the firmest stamp and clearest definition since the Generalate of Claudio Acquaviva in the sixteenth and seventeenth centuries. One might even say that Ledochowski insisted on fidelity to the structure of Jesuit obedience, was an almost merciless disciplinarian, and maintained a stream of instructions flowing out to the whole Society about every detail of Jesuit life and Ignatian ideals. He know exactly what Jesuits should be according to the Society’s Constitutions and traditions; and under strong hands of two quite authoritarian Popes, Pius XI and Pius XII, he reestablished the close ties that had once linked papacy and Jesuit Generalate. Ledochowski, in fact, gave renewed meaning to that old Roman nickname of the Jesuit Father General, “the Black Pope. Just as Pius XII can be described as the last of the great Roman Popes, so Ledochowski can be called the last of the great Roman Generals of the Jesuits.

Ledochowski can be called the last of the great Roman Generals of the Jesuits
http://continuingcounterreformation.blogspot.com/2007/09/wlodimr-vladimir-ledochowski-last-of.html

Posted by Douglas Andrew Willinger at 8:14 PM 2 comments: Links to this post