Wlodimir (Vladimir) Ledochowski: Humanity's Worst Criminal- Not only the 3rd Reich but also the U.S.S.R. 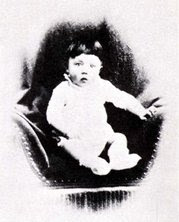 The 3rd Reich was but one of the beasts raised up by Jesuit Superior General Wlodimir Ledochowski for his 20th century continuation of the counter reformation.
Another one was the U.S.S.R.

A Not Yet Official Indictment
Made By Researcher Frank O'Collins in His Book Entitled 'The Almanac of Evil.'

13. Of inciting violence and political revolution (1917-18): That the Catholic Church under the control of the Jesuits did fund, organize and execute the political upheaval resulting in the February revolution of Russia and the overthrow of Tsar Nicholas II. That the Catholic Church even arranged the safe passage of Vladamir Lenin and other exiled revolutionaries from across the battle lines of World War I on a train flying the official colors of the Pope and the . That the motive for returning Lenin to head the new government was the inability of Fr Stalin S.J. to gain sufficient control over factions amongst the revolutionaries at that time. 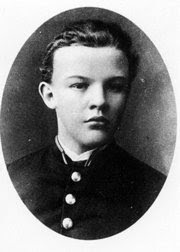 14. Of crimes against humanity: (1917-8) That the Catholic Church through the Jesuit order did incite violence and riots across Russian communities in which over 60,000 Jews were killed in 530 Russian communities after political-religious uprising erupts aiming to "strike at the bourgeoisie and the Jews".

4 Of publishing a false statement for the purpose of concealment of status: (1900 to present day) That the Catholic Church, more specifically the Jesuit Order has maintained countless false statements and documents pertaining to the status of Joseph Stalin. That Fr. Joseph Stalin S.J. was a trained, dedicated and fully ordained Catholic priest of the Jesuit order, who was recruited for a historic mission in his final year at the seminary in 1899. That in addition to failing to recognize Fr Joseph Stalin S. J. Furthermore, that the Jesuit Order did permit Fr Stalin to marry not once but twice, while remaining a fully ordained priest. That for his entire life until his death, there is no indication that Fr Joseph Stalin S. J. was ever defrocked as a priest.

24. Of political assassination (1924): That Jesuit Superior General Wlodimir Ledochowski did order Fr. Joseph Stalin S. J. to murder the leader of Communist Russia on January 21, 1924, aged 53. That Fr. Stalin did act to protect his position and mission as General Secretary of the Communist Party upon the insistence of Lenin that he be removed. That not only did Stalin have Lenin poisoned, but that he did spread rumors upon his ascendancy to absolute power that Lenin has been mentally unwell for the last few years of his reign and had even died from Syphilis. 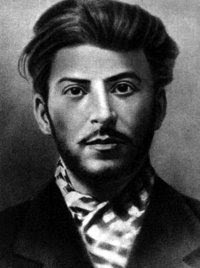 An important means for Ledochowski was the 1919 establishment of the School of Foreign Service, under Edmund A. Walsh, at Georgetown University- the Jesuit run institution so influential in the U.S. government established in 1789. 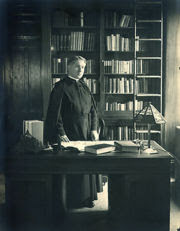 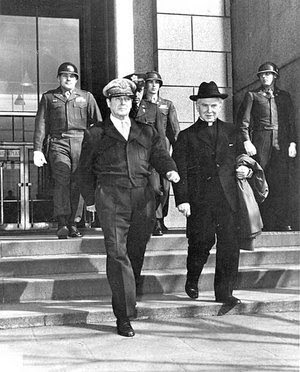 Joseph "Grand Inquisitor" Stalin a ROMAN CATHOLIC loyal to the Pope. Who ordered the 'Famine in the Ukraine?" It was the Society of Jesus (Jesuits). Who trained Joseph Stalin? The Jesuits! Who funded the Russian Communism? The mission control #2 of the Sovereign Military Order of Malta namely New York. It was the SMOM controlled Wall Street which by the way is riddled with SMOM controlled British Intelligence such as Blackstone Group. Who created the Russian Revolution in 1917? The Society of Jesus. They then bought about a secret concordat with the Pope and Vladimir Lenin. You should also be aware of this Polish Roman Catholic Admund Dzerzhinsky who was controlled by the Jesuit Order. You should then note his son Felix Admundovich Dzerzhinsky a Roman Catholic also highly admired the Jesuit Order. Now what was Felix? The Head of the Cheka and a main man of Joseph Stalin. Why didn't the Bolsheviks or Stalin expell the SMOM from Moscow? Now what happened after the 5 year civil war? The Jesuits were allowed officially back within Russia by Vladimir Lenin. Funny that wasn't it. They were within Petrograd and Moscow exactly where the revolution started! Funny that wasn't it? Jesuit Super General Ledochowski sent one of his Jesuit soldiers to the USSR. This was the powerful Georgetown University Fr Edmund Walsh SJ and it was Edmund who put Stalin as the Secretary of the Communist Party. Notice how SMOM Papal Knight William J Casey helped finance the Soviets via Kama River truck factory.

Wall Street and the Bolshevik Revolution

Here we have Ledochowski linked with the U.S.S.R's Cheka (later NKVD).

And here we have Ledochowski linked with the 3rd Reich's SS:

“The German author Walter Hagen gives also this discreet information: ‘The Jesuits’ [] General, Count Halke von Ledochowski, was ready to organize, on the common basis of anti-communism, some collaboration between the German Secret Service and the Jesuit Order.’

As a result, within the SS Central Security Service, an organization was created, and most of its main posts were held by [Roman] Catholic priests wearing the black uniform of the [Nazi] SS. The Jesuit [priest] ‘father’ Himmler [uncle of Heinrich Himmler] was one of its superior officers.”

“…Kurt Heinrich Himmler [was] chief of the Gestapo [i.e., the secret police force of the German Nazi state], which meant he held in his hand the essential reins of power of the [Nazi] regime. Was it his personal merits which earned him such a high position? Did Hitler see in him a superior genius when he compared him [i.e., Heinrich Himmler] to the creator of the Jesuit Order [i.e., Ignatius of Loyola]? It is certainly not what the testimonies of those who knew him imply, as they saw in him nothing more than mediocrity.

Was that ‘star’ [of Heinrich Himmler] shining with a borrowed ‘brightness’? Was it really Kurt Heinrich Himmler, the ostensible [i.e., apparent] chief, who actually reigned over the Gestapo and the secret services? Who was sending millions of people, deported for political reasons, and Jews to their death? Was it the flat-faced nephew or [was it] the [Jesuit priest] uncle, the former Canon at the Court of Bavaria, one of [Jesuit Superior General] Ledochowski’s favorites, a Jesuit ‘father’ and superior officer of the [Nazi] SS?”

Ponder for just a moment on the trillions of $$$ extra spent on military budgets and all of the extra human sufferings resulting from this sort of planetary guardianship! 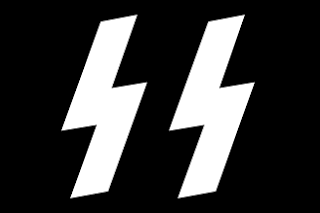 Posted by Douglas Andrew Willinger at 4:34 AM