Abraham Lincoln on the Jesuits 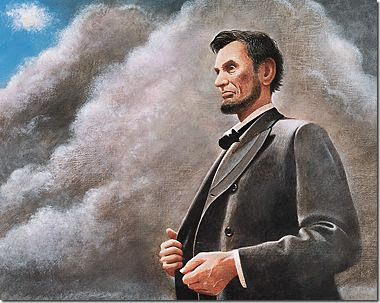 “This war would never have been possible without the sinister influence of the Jesuits. We owe it to Popery that we now see our land reddened with the blood of her noblest sons. Though there were great differences of opinion between the South and North, on the question of slavery, neither Jeff Davis nor any one of the leading men of the Confederacy would have dared to attack the North, had they not relied on the promise of the Jesuits, that, under the mask of Democracy, the money and the arms of the Roman Catholics, even the arms of France, were at their disposal if they would attack us.”

I pity the priests, the bishops and monks of in the , when the people realize that they are, in great part, responsible for the tears and the blood shed in this war. I conceal what I know, on that subject, from the knowledge of the nation; for if the people knew the whole truth, this war would turn into a religious war, and it would at once, take a tenfold more savage and bloody character. It would become merciless as all religious wars are. It would become a war of extermination on both sides. The Protestants of both the North and the South would surely unite to exterminate the priests and the Jesuits, if they could hear what Professor Morse has said to me of the plots made in the very city of Rome to destroy this Republic, and if they could learn how the priests, the nuns, and the monks, which daily land on our shores, under the pretext of preaching their religion, instructing the people in their schools, taking care of the sick in the hospitals, are nothing else but the emissaries of the Pope, of Napoleon, and the other despots of Europe, to undermine our institutions, alienate the hearts of our people from our constitution, and our laws, destroy our schools, and prepare a reign of anarchy here as they have done in Ireland, in Mexico, in Spain, and wherever there are any people who want to be free." 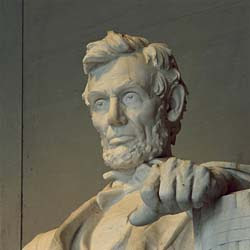 Wow! I just started reading the kjv bible a year and a half ago as I was raised in the Roman catholic church. But the God of Abraham through His word has given me knowledge in His word and in that wisdom I soon came to see who the woman dressed in scarlet was.... This is wonderful information ... Thank you for taking the time to post . May peace be multiplied to you and yours, and may the God of Abraham bless you and yours