Apparently he DID work for a chemical manufacturer in Poland during the time of the Holocaust...didn't he know where the chemicals were going and what they were used for? I guess if you are Catholic then this might be a hard read or even unbelievable but a biography on him on CNN did mention he worked for this manufacturer who dealt with IG Farben. Below are three different articles, one is about Operation Gladio for some background into the Church at that time. Sources are listed for further research. Please do your own homework...this is what I have found and it looks like theres plenty more sources out there maybe some more credible maybe less...anyway let me know what you find...good luck!

In the early 1940s, that company employed a Polish chemist and salesman who sold cyanide gas, Zyklon B and Malathion to the Nazis for extermination of groups of people in Auschwitz.

After the war the salesman joined the Catholic church and was ordained a priest.

In 1958 he became Poland's youngest bishop and after Pope John Paul I's mysterious death, the ex-cyanide gas salesman Karol Wojtyla was elected to the papacy as Pope John Paul II in October 1978.

In March 2000, he publicly apologized not for his war effort, but for the wickedness of the Christian religion. The plea for forgiveness also sought to pardon the use of 'violence in the service of truth' an often used fragile and troubling reference to the Inquisition... 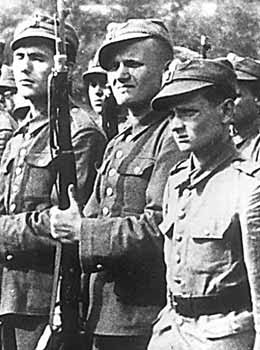 A 19-year-old Karol Wojtyla, later Pope John Paul II (centre), is seen holding a rifle while performing 'present arms' in this July 1939 photo. Two months before the outbreak of World War II, he attended a military training camp in Western Ukraine, then eastern Poland.
The above photo and more at:
http://www.pogledi.co.yu/vesti/vesti91.php 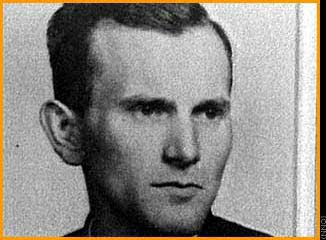 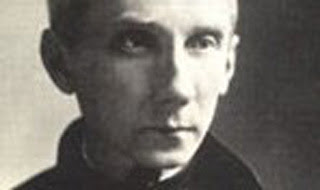 Posted by Douglas Andrew Willinger at 2:14 AM