Otto Habsburg Said to Hate Serbia- but what about Wlodimir Ledochowski?

Reportedly blaimed Serbia for bringing about the end of Austria-Hungary 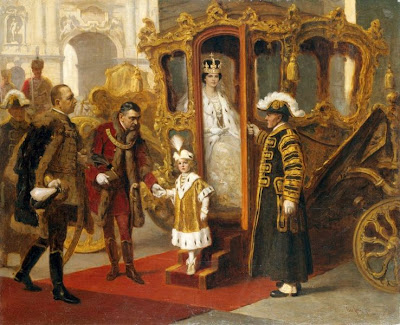 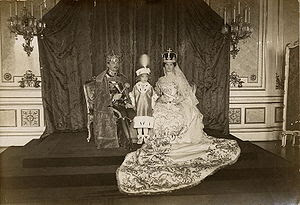 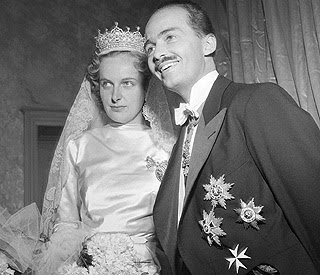 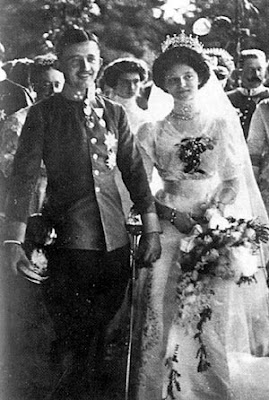 Charles I was son of Otto Franz (1865-1906), brother of Franz Ferdinand (1864-1914), whose June 28, 1914 assassination alongside his part German Czech wife, insufficently dynastic Sophia Chotek, married "morganatically" (meaning no succession via their offspring), was used to spark WWI. 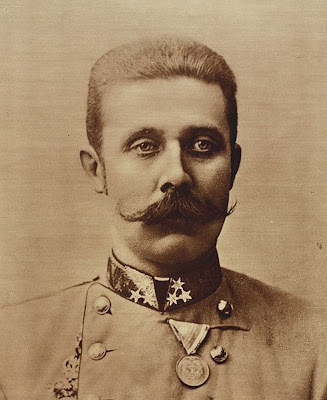 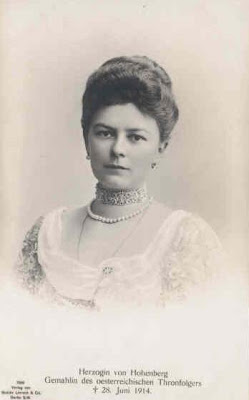 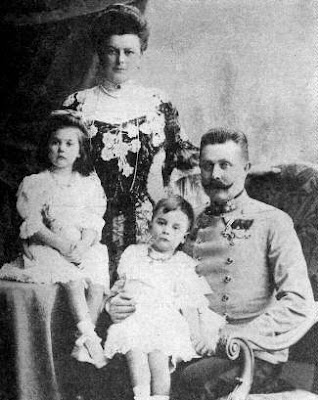 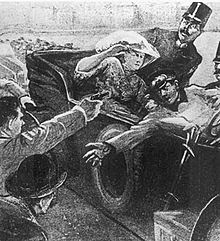 Historians have disagreed on how to characterize the political philosophies of Franz Ferdinand, some attributing generally liberal views on the empire's nationalities while others have emphasized his dynastic centralism, Catholic conservatism, and tendency to clash with other leaders.[9] He advocated granting greater autonomy to ethnic groups within the Empire and addressing their grievances, especially the Czechs in Bohemia and the Yugoslavic peoples in Croatia and Bosnia, who had been left out of the Austro-Hungarian compromise of 1867.[17] Yet his feelings towards the Hungarians were less generous; he regarded Magyar nationalism as a revolutionary threat to the Habsburg dynasty and reportedly became angry when officers of the 9th Hussars Regiment (which he commanded) spoke Magyar in his presence - despite the fact that it was the official regimental language.[10] He further regarded the Hungarian branch of the Dual Monarchy's army, the Honvédség, as an unreliable and potentially threatening force within the empire, complaining at the Hungarians' failure to provide funds for the joint army[18] and opposing the formation of artillery units within the Hungarian forces.[19]

He also advocated a careful approach towards Serbia - repeatedly locking horns with Franz Conrad von Hötzendorf, Vienna's hard-line Chief of the General Staff, warning that harsh treatment of Serbia would bring Austria-Hungary into open conflict with Russia, to the ruin of both Empires.

He was disappointed when Austria-Hungary failed to act as a Great Power, such as during the Boxer Rebellion; in 1900 other nations, including, in his description, "dwarf states like Belgium and Portugal",[20] sent troops to protect Westerners and punish the Chinese, but Austria-Hungary did not.

Franz Ferdinand was a prominent and influential supporter of the Austro-Hungarian Navy in a time when sea power was not a priority in Austrian foreign policy and the Navy was relatively little known and supported by the public. After his assassination in 1914, the Navy honoured Franz Ferdinand and his wife with a lying in state aboard the SMS Viribus Unitis. 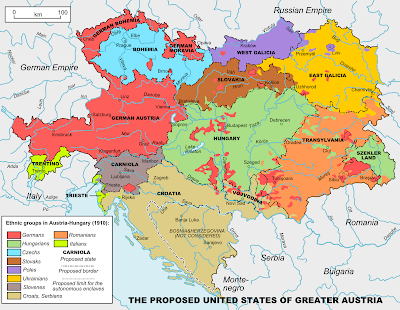 United States of Greater Austria- Franz Ferdinand sought extending greater rights and powers for the nationalities beyond German and Hungarian. 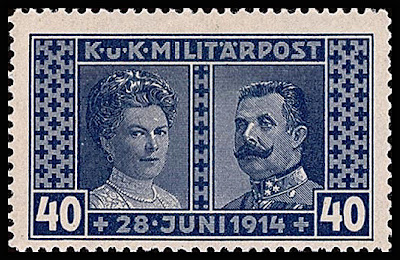 Otto Franz and Franz Ferdinand were sons of Archduke Karl Ludwig- brother of Austria-Hungary Emperor Franz Joseph, who was born in 1830, became Emperor 1848, reigning to his death in 1916. 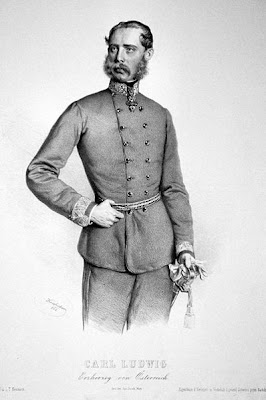 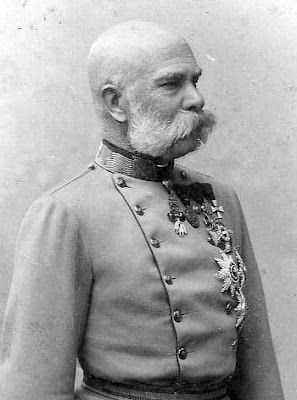 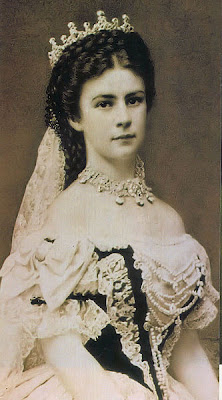 Together, they had a son, Crown Prince Rudolf, born 1858, who committed suicide in 1889 under unusual circumstances. 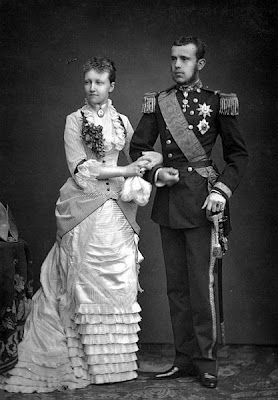 Some 9 years later in 1898, Empress Elisabeth was assassinated via a stabbing by "anarchist" Luigi Lucheni. 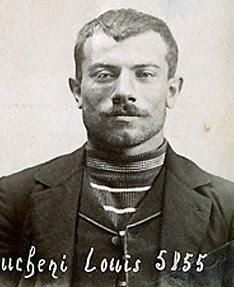 One of her pages was the future Jesuit Superior General of the time of the end of the Austria-Hungary Empire. 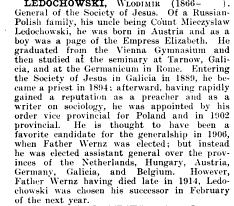 You can see pure evil in the eyes of Ledochowski, even as a child.

It's actually quite surreal.

Otto has been celebrated in these days as warm supporter of EUropean Union, hence of the papal European empire....

He could enter in Austrian territory again only in 1966 after several years of legal battle with the Austrian government........."

Just the day before his death (or the same day), what happened in (RC) court of Le Hague???

The former Bosnian Serb army commander, Ratko Mladic, has refused to enter a plea on charges including genocide during the war in Bosnia in the 1990s.

In his first appearance before the war crimes court in The Hague, General Mladic said he needed more time to understand what he described as obnoxious charges against him.

The BBC's John Simpson, who was inside the court, last saw Mladic in 1994. He said the man in the dock appeared to be different to the military commander he interviewed in the nineties.
........."

Have you understand why they comdemned BEFORE the Croatian generals? Only in order to wipe away possible accuses for "not acting with justice" when then they will (are) putting Mladic [allegory of Orthodox Schism] on the scaffold.....

Not a coincidence so the death of Otto Hapsb. & Mladic rebellion at Le Hague..... Probably he was provoked in order to get the "show", then amplified by world Romish media.....

The media as usual were waiting the opportunity to show many Islamic relatives of victims in front of the building of the court, with interviews on the massacres etc...... BUT I didn't see such an exhibition – for example - of the Serb victims of Operation Storm, when they comdemned Gotovina two months ago......

And some days ago, on a hill between Croatia & Slovenia, there was celebrated a sort of super-(RC)-mass in the name of the union of th both nations..... Slovenia & Croatia the RC fortress for surveillance of devouring of former Schismatics in the W. And E. Balkans.....

Another coincidence, declaration of Split mayor:

(city of Split/Spalato, on Dalmatian coast of Croatia – Adriatic sea; )

Split Mayor: We will be the largest statue of Jesus standing in the world
Predicts that there will be 39 meters high

Avles- I recall your comments on Otton in November 2008 regarding the German Expellees.

Avles- I recall your comments on Otton in November 2008 regarding the German Expellees.

I have hence added the tag "Otto Von Habsburg" to that and this article.

I would like to know more about these royal lines, including that of Prussia, as well as the alternative lineage of the sons grandsons ect of Franz Ferdinand and Sophia- me thinks this "morganastic" crap helped subvert the empire.

The "Lansing" memo is somethng to research.

Thank you for having recalled to me that. I pointed out something of interest (Counter Reformation in Amber Path south) below that post:

I send as comments my 'ruminations' I cannot complete, at least something will remain on the web!

Infinite direction where to investigate.... For example the 1848 revolts, in Slovenia there were characterized by the "United Slovenia" movement where also (sloveinian) priests took part.... In Hungary 1848 gave birth to Hunagary nationalism.. which then created the 1867 separation and in consequence fueled the Yugoslav secessionism, built on the "let's-unite-together-Romanists-and-Orthodoxies" of bishop Strossmayer and later of Leo XIII....

In 1866 Catholic/Jesuit Austria defeated by Protestant Prussia and then it is born Hungary.... 1870 Catholic/Jesuit France defeated and the important conquer of old pontifical reign is fulfilled..... Prussia the same used to weaken Austria, to rise nationalism which then would have been turned against the same Germany (Prussia), to realize with a national/racial war the same religious goal of Counter Reformation?

You can see the troubles happening ALWAYS all along Amber Path & continuation, till Greece/Turkey junction,.,.. Because this belt is the rift between the world under Rome (or to be punished by Rome, see Koenisberg) and the Schismatic Ortodox world to be devoured....

The typical masonic born Hungary nationalism (see the color of flag, like Italian one with its masonic content) hid the fact that Hungary (the country between world of Rome and world of Moscow) had to be subtracted from the secular control of Wien...

This explain also because the Western Protestantism has not been wiped away after WWII but entrapped in the life-long detention of the opportunistic deadly ecumenist hug of the Romish Europe (Swiss, West Germany, etc.).... Any way I believe that a particular hate existed (and exist today) for East Prussia, beyond any other religious geopolitical calculus of Rome (You surely would agree with me!) being East Prussia born from a leader of Teutonic order who subtracted to that evil order the territory in agreement with public enemy #1 doc Martin Luter.....

Just for the eyes.... give a look to that spectacle, look 'em, these are the army of Counter Reformation which is advancing to destroy anyone not submitted to Rome!!!

Shot Otto in the direction of saint Peter, where are his masters who destroyed Europe!!!!

Previous video: Hear the unified German Austrian hymn, composed by Haidn, it is a movement of arch's composition Haydn played when Vienna was occcupied by Napoleon as national pride against the Frenchmen.
Napoleon then (if iam not wrong) buried him with all the honours.....

The Queen of Europe and the Rome Wall

Prayer to the Queen of the Peoples of Europe

Oh Queen of the Holy Mountain of Lussari who watch more than six hundred years from the place where meet the three peoples of Europe: Latin, Slavic and German, contains the treasure of peace, every sigh of the heart, a gift of God to men of good will. Let the peoples of Europe meet in fraternal understanding in esteem and mutual respect, common development of Christian civilization. Bless all those who come to your feet and, in several languages​​, but with the same faith and with the same love, I praise and exalt you as Mother of God and our Mother. O faithful Virgin, Help of Christians, enlightens those who err in faith and make that all sons (probably "sons", the original text contains the word "aglio" aka "garlic", absurd! - avles) of Europe to seek your good will with the truth in love, because the Church of Christ in the prayer of thy Divine Son Jesus, is one, mother to all of grace and salvation.

Prayer: " Our Lady of Mount Lussari, Queen of Europe, pray for us!"