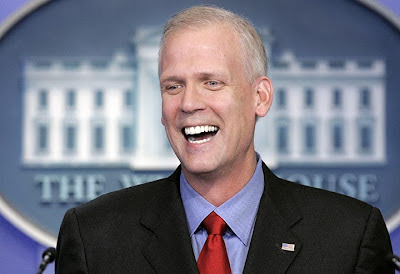 Snow also wrote a syndicated column for Creators Syndicate between 1993 and 2000. As a nationally syndicated columnist, his commentaries appeared in more than 200 newspapers nationwide. Snow won numerous awards during his print career, including citations from the Virginia Press Association, the Detroit Press Club, the Society of Professional Journalists, the American Society of Newspaper Editors, The Associated Press and Gannett.

He appeared on radio and television programs worldwide including The McLaughlin Group, The MacNeil–Lehrer NewsHour, Face the Nation, Crossfire, and Good Morning America. Until 1994, Snow was the writer, correspondent and host of the PBS news special The New Militant Center.

From 1996 to 2003, he served as the first host of FOX News Sunday, a Sunday morning interview and roundtable program produced by Fox News, airing on affiliates of the Fox Broadcasting Company and later in the day on Fox News Channel.

Snow served as the primary guest host of Rush Limbaugh's program from the mid-1990s on. He was also a frequent commentator on National Public Radio. Snow's own Tony Snow Show on Fox News Radio premiered in late 2003. It ended when he became White House Press Secretary in April 2006.

McLaughlin earned two master's degrees (philosophy and English literature) from Boston College, and a Ph.D. (philosophy) from Columbia University. Upon entering the Jesuit order of the Roman Catholic Church and being ordained a priest, McLaughlin spent years as a high school teacher at Fairfield College Preparatory School, a Jesuit prep school in Connecticut. A Republican, he originally opposed the Vietnam War and, in 1970, sought permission from his order to run for a seat in the United States Senate, representing Rhode Island. His superiors denied him this, even though they did grant permission to fellow Jesuit Father Robert Drinan to run for a seat in the U.S. House of Representatives for Massachusetts. McLaughlin defied his superiors and ran anyway, losing to the incumbent four-term Senator John O. Pastore.

Through a friendship with Pat Buchanan, McLaughlin became a war supporter and a speech writer/advisor to President Richard Nixon. Because priests are not allowed to take on political jobs, he was ordered by his Jesuit superiors to return to Boston and, rather than obey, he left the Society of Jesus.

Prior to entering broadcasting, he was associate editor of America, a weekly opinion journal. From 1981 to 1989, McLaughlin was Washington editor and author of the monthly political column, "From Washington Straight," for the National Review. 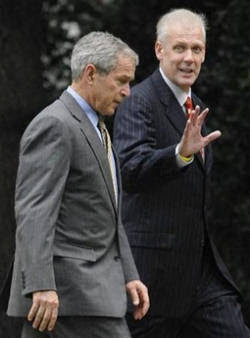 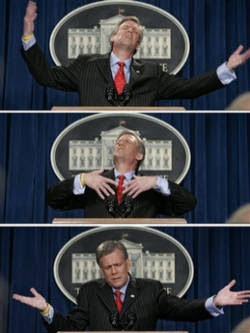 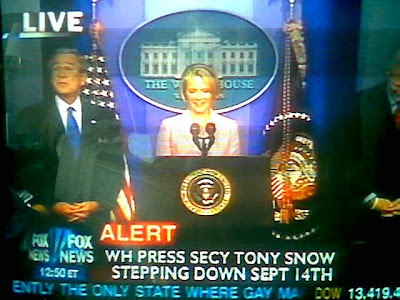 The Basilica of the National Shrine of the Immaculate Conception in Northeast Washington was full of big name mourners this morning for the funeral of former White House Press Secretary and conservative commentator Tony Snow, who died from colon cancer last weekend at the age of 53.

The Mass of Christian Burial for Robert Anthony “Tony” Snow was held at The Basilica of the National Shrine of the Immaculate Conception in Washington, D.C on Thursday, July 17, 2008 at 10 a.m.

Open to the public, some who attended the Mass included those who did not know Mr. Snow personally—but felt they had on account of his public profile working on both sides of the media.

The Mass was presided over by The Most Reverend Donald W. Wuerl, Archbishop of Washington. Very Reverend David O’Connell, C.M., President of The Catholic University of America, was the principal celebrant and homilist. Monsignor Walter R. Rossi, Rector of the Basilica of the National Shrine of the Immaculate Conception, was the principal concelebrant.

At the Mass’ conclusion, Archbishop Wuerl led the Prayer of Final Commendation:

“Into your hands, Father of mercies, we commend our brother Tony in the sure and certain hope that, together with all who have died in Christ, he will rise with Him on the last day. We give You thanks for the blessings which You bestowed upon Tony in this life: they are signs to us of Your goodness and of our fellowship with the saints in Christ. Merciful Lord, turn toward us and listen to our prayers: open the gates of paradise to Your servant and help us who remain to comfort one another with assurances of faith, until we all meet in Christ and are with You and with our brother for ever. We ask this through Christ our Lord. Amen.

In the sure hope of the resurrection, we take leave of our brother: Let us go in peace. 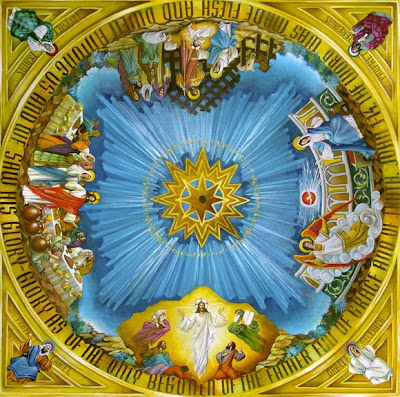 This weekend one Jesuit recounted that Russert once told him that one of his favorite activities, after watching the Buffalo Bills play, was giving commencement addresses at Jesuit schools.