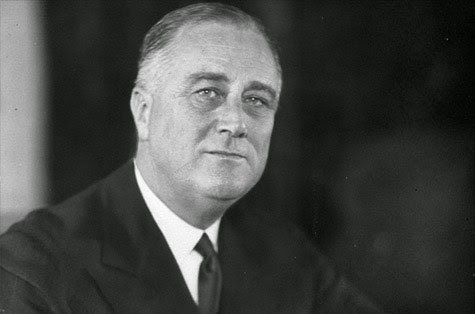 I was seven years old in 1943 and becoming comfortable in the United States, where my parents and I had arrived as refugees from Poland, via Japan, in 1941.

Almost from the moment we hit the blessed shores of America, my father, Rabbi Dr. Isaac Lewin, z”l, worked day and night with the Va’ad Le-Hatzala to rescue the Jews trapped in Poland and the rest of Europe. They included my grandfather, Rabbi Aaron Lewin, z”l,the revered rabbi of Rzeszow who had twice been elected to the Polish parliament, and who had – unknown to my father – already been murdered by Ukrainians in Lvov in June 1941.

I remember the days leading up to Rosh Hashanah and Yom Kippur 1943, as news of the slaughter of Jews by Hitler and his cohorts dribbled out to the free world and reached American media. I was already a New York Yankees fan, and attention was focused on the World Series between my Yankees and the St. Louis Cardinals. As a seven year old, I could not really appreciate why my father was ignoring the World Series and was busy soliciting volunteers among the Orthodox rabbinate and rank-and-file Jews to make the arduous train ride from New York to Washington to convey personally to President Franklin Delano Roosevelt how precarious the lives of Jews in Europe had become and to request decisive action against the death camps to which Jews were being transported.

A delegation of 400 rabbis, including my father, Rabbis Eliezer Silver, Israel Rosenberg, Moshe Feinstein, and Joseph B. Soloveitchik, zichronom le-veracha,arrived in Washington’s Union Station on October 6, three days before Yom Kippur – the second day of the World Series — with the announced intention of marching to the White House to meet with the president and voice their concern over the slaughter of their brethren. They were an orderly dignified group – no signs, no loud battle cries, no histrionics.

My father reported to us when he returned from Washington (I was grieving that the Yankees had lost the second game of the Series) that the group had been greeted by congressmen and had marched to the Lincoln Memorial. The rabbis assigned a select group to meet with President Roosevelt at the White House. They were shocked and offended to be told that the president did not have even a few minutes to meet with them.

They returned to New York after being shunted off to the vice president, Henry Wallace, whose influence on Roosevelt and U.S. policy was negligible and who many classify as “America’s Worst Vice President.” Their dire warnings regarding the fate of Europe’s Jews were, of course, entirely accurate. But the president, like his successor in office more than 70 years later, was not interested in meeting with Jewish leaders and having them describe to him directly the life-threatening danger facing Jews abroad.

How important was it that Roosevelt meet with a representative delegation from the rabbis’ entourage? Cynics might claim the trip to Washington was designed to generate publicity for the rescue of European Jewry and whether or not the president invited rabbis to the White House made little difference in the formulation of American priorities in waging the war. It is difficult to believe, however, that Roosevelt would have been totally unmoved by the pleas of American Orthodox

Jewry’s foremost spokesmen. Rabbi Eliezer Silver, z”l, had already established a reputation as an exceedingly articulate English-speaking advocate for Jewish causes. His description of the horrors that had been reported might very well have made a difference had Roosevelt been willing to listen.

Accounts of personal meetings that Eddie Jacobson and Chaim Weizmann had with Roosevelt’s successor, Harry Truman, regarding the Zionist dream of an independent Jewish state have shown that U.S. presidents can be moved – and American foreign policy can be affected – by face-to-face discussions with the occupant of the most important and powerful office in the world.

The Jews who were advising Roosevelt were people like Bernard Baruch. This man's family was from the American South, married to a gentile woman, and was as Reformed a Jew as one could get. His other co conspirator was Rabbi Steven Wise, who was the King of the Reform Jewish movement and quite frankly hated his Jewish co religionists. Rabbi Wise did not want to flood the USA with undesirable Jewish refugees. These two devils worshipped at the alter of Moloch, and the Jews of America went along with their actions until they learned the truth about them. 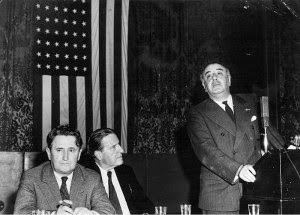 From my early childhood, I remember my mother teaching me about the importance of supporting the Jewish people and the Jewish nation – and not being afraid.  My middle name, David, is after the sole member of my mother’s family, David Waga, who escaped the concentration camps where so many members of my family were killed.  David fought with the partisans during the Holocaust.

Growing up as a member of the community of Rabbi Avi Weiss, from my pre-teenage years I recall demonstrations outside the Soviet Embassy were we yelled “Let My People Go”. We raised a voice of moral conscience on behalf of many other important Jewish related causes as well.  I then became National President of the Betar Movement – the activist movement of Ze’ev Jabotinsky. Today, as I raise my family, I am proud that my children attend yeshiva and that we are involved in numerous Jewish charities and causes.

Because of my background, I declined to allow my children to attend a party program that recently took place at the Stephen Wise Synagogue.  Now, don’t call me an extremist – I have let my kids attend parties at other reform temples.  As CEO of a Public Relations Agency, I represent churches and many different causes – yet I will never walk through the doors of a building that honors Stephen Wise.

For those that are unaware, Rabbi Stephen Wise was the most prominent leader of the American Jewish community during the 1930s and 1940s, and served as “president of both the American Jewish Congress and the World Jewish Congress.”  Perhaps there are many fine things that he did in his life, but it is nearly unanimously recognized that the man’s leadership was atrocious when it came to saving Europe’s Jews during the Holocaust. So how could Stephen Wise be regarded as anything other than a despicable human being and a disastrous Jewish leader?

It is true that you cannot judge another man until you walk in his shoes – but through the lens of history we can see that he was woefully inept when it came to doing all he could to help Jews during the Holocaust.  He failed dismally in his role as a Jewish leader, and to regard him as honorable is a disservice to the memories of the 6 Million.

How can the Stephen Wise Free Synagogue in Manhattan or the Stephen Wise Temple in Los Angeles be proud to carry his name when Professor Mark Raider, chairman of Judaic Studies at SUNY Albany says that Wise was “cautious and ineffective” in response to “the disgracefully slow response of the Allies” to the Nazi persecution of European Jewry?

Wise called President Franklin Delano Roosevelt ‘Boss’ or ‘Chief,’ and advised President Franklin Roosevelt not to meet with the 400 Orthodox Rabbis that marched on Washington in 1943.  To protect their self-interests, Dr. Zohar Segev of Haifa University says Wise and his colleagues “worked actively to tone down any Jewish criticism of the Roosevelt administration.” They “used their influence to restrain, limit, and control any efforts towards greater activism.” They wanted to maintain the liberal status quo.

Rabbi Wise despicably worked against all efforts of Jewish activists who did all they could to raise awareness of the millions being killed in Europe.  Wise referred to Zionist leader Ze’ev Jabotinsky as “a ‘traitor” for preaching evacuation for over a million Eastern European  Jews, and said that Bergson Group leader Peter Bergson was “worse than Hitler”. (Bergson worked tirelessly to raise awareness over the fate of Jews in Europe, while Wise claimed it would increase Anti-Semitism in America).

Rabbi Ephraim Kestenbaum, son of Rabbi David Kestenbaum who was active in saving European Jews during the Holocaust recounted that Wise phoned his father on several occasions, telling him that he should stop putting so much pressure on the American government to save European Jews.

Rabbi Kestenbaum told of how on one occasion, he took a message for his father from Wise who told him, “Tell your father that he has to be an American and not to fight hard for Jews in Europe. You have to be an American first.”

Wise regarded himself as a servant of Roosevelt – rather than working for the best interests of the Jewish people. Could any other ethnic group honor a man who failed his people in their most dire time of need?  Any Institution which honors Stephen Wise should be ashamed to carry his name. The man’s conduct was despicable and his memory does not deserve to be recognized by Jewish institutions.

6 Million Jews were slaughtered, and it is clear that the Jewish community of the free world did not do enough to prevent one of our people’s greatest calamities. Who knows how many more Jews there would be today if Wise had done the right thing.

".....(Bergson worked tirelessly to raise awareness over the fate of Jews in Europe, while Wise claimed it would increase Anti-Semitism in America)......".

those kind of Rabby, plausibly Masonic and papal-court Jews, recall me other kind of guys, gentiles, self-called "Christians", not only that kind of "Baptists" who find very comfortable with the Jesuit Masonic Pharmacratic Inquisition, but also with the best of best of popish social issues, for example obsessively pointing out homosexuality and Islam in USA (of course sins) but for the sinful purpose to hide the creeping Catholicization of USA.
Worth to note that even more Jews will be pushed within the ideological world of the Catho-orthodox church and together with many Protestants, meanwhile will continue to blame the WWII Holocaust of Jews, will deny any other kind of Holocaust happened in those years, and especially the Greatest Holocaust, those 15 centuries of Catholic haunt to Christians in Europe (and by Orthodox Byzanthium) also in Middle East (see Paulicians & Bogomiles).