On the Breakup of Yugoslavia 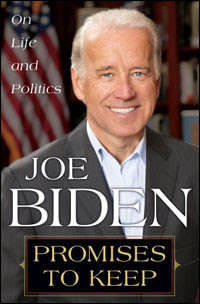 My interest in the break up of the former started with a very persistent monk. He showed up at my office with a lobbyist to help translate for him, but his English was pretty good, so he spoke just fine for himself. He was wearing the traditional robes, and he was earnest and compelling. The monk was Croatian and a Roman Catholic. He had a story he wanted to share with me about what was happening in his home country of .

People from all over the world literally petition to see me, and then tell me about some awful thing happening in some remote corner that nobody is paying attention to and say that America has got to get in there and help. When they come to my office pleading, is always the great hope – as well it should be. People from all over the world rely upon . More to the point, they rely ion our belief in the fundamental principles of freedom on equality and common decency. They rely on our belief that we can and should help make the world a safer place. And they rely on our belief that there are compelling moral reasons to act that go beyond naked national self-interest. Sometimes we success, sometimes we fail, but the point is , people all over the world see us trying. That’s why the monk, for instance, wouldn’t stop asking for a meeting. One member of my foreign relations staff, Jamie Rubin, said he thought there was something more. We ought to talk to that guy.

He wanted to tell me about these terrible things the ethnic Serbs were doing at the Catholic shrine in Medjugorje, in southern . The Medjugorje shrine might be considered the Lourdes of Bosnia, and to the Orthodox Catholics Serbs were not only denying access to the Croats, they were desecrating the shrine. He was afraid the Serbs were going to destroy the shrine altogether … he knew of Catholics in and who were being killed by Serbs … he knew Milosevic was whipping Serbs into a frenzy. He was also forceful, appealing to me as a Catholic. I was such a string supported of , he reminded me, as these were Catholics who were getting killed her, so why didn’t I pay as much attention? By the time the mink came to see me in 1991, I knew the situation in was deteriorating, but he focused my attention. I was the chair of the Subcommittee on European Affairs of the Senate Foreign Relations Committee; Yugoslavia was part of my portfolio, so I started hearings on the breakup . Other Yugoslavs came in with stories to tell: Orthodox Serbs, Croats, Muslims from , and Albanian Muslims from Kosovo. None of it sounded good. The country was splitting apat, and our deputy secretary of state, Lawrence Eagleburger, who knew the region better then anybody, was warning that a breakup would bring a bloodbath.

From 1945 to 1980, Josip Bronz Tito had ruled ; through personality, will, and an efficient secret police, the wily old Communist had held together an ethnically and religiously mixed federation. The Orthodox Serbs dominated and ; was mainly Roman Catholic; Kosovo was overwhelmingly Albania Muslim. In the middle was , which had the greatest mix of all. ’s population was 44 percent Muslim, 31 percent Serb, and 17 percent Croatian. It had taken a certain genius to keep this multiethnic federation together- that certain genius was Tito.

I started to understand how he did it back in 1979, on a trip to represent the at the state funeral of Edvard Kardelj, Tito’s intellectual mentor.