According to Eric Jon Phelps: The attack by Georgia is led by the pope's Knights of Malta controlling Blackwater, the largest mercenary army in the world. Blackwater is the continuation of the pope's SS under a new name. And like the SS, Blackwater is internationalist, fascist and destructive of true patriotic nationalists of every country---especially here in the American Empire as we shall see shortly.

Therefore, Georgia will fail in its resistance to Vatican/CFR-ruled Russia; its true nationalist patriots will be betrayed into the hands of the now openly fascist Russia controlled by the Knights of Malta in St. Petersburg and Moscow; and the Order controlling Russia will benefit in the end. This is just another repeat of Hitler and Roosevelt's betrayal of Vlasov and his Russian anti-communist nationalists at the end of WWII and, more recently, the Black Pope's CIA betrayal of the real anti-communist nationalists of Hungary in 1956, of Czechoslovakia in 1968, Cuba in 1961, and the Nicaragua's nationalist Contras during the Reagan dictatorship overseen by at least six Knights of Malta in his administration as well as the CIA. One of the Order's key purposes of the Cold War was to kill off true, isolationist nationalists in both East and West via war and the Black Pope's unified international intelligence community. 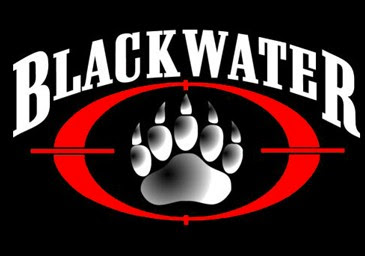 Blackwater - Knights of Malta in Iraq
Posted by Douglas Andrew Willinger at 10:09 AM

.......and, where possible, to start a fratricidal war among the same Orthodoxies, as Georgians are mostly of Orthodox faith as tv services demonstrated, when journalists interviewed people claiming that before the war we "fromm Ossetia, from Gerogia, were all frequenting the same churches"...
What happened after the Byzatium empire broke by the hands of the mercenary Ottoman Sultan? The heirs started fratricidal wars. Some rests went purportedly conserved as a sort of neutral land for Rome and the Islam. Important particular:

"....Mehmed II and his successors continued to consider themselves proper heirs to the Byzantine Empire until the demise of the Ottoman Empire in the early 20th century. Meanwhile, the Danubian Principalities harbored Orthodox refugees, including some Byzantine nobles.
At his death, the role of the emperor as a patron of Eastern Orthodoxy was claimed by Ivan III, Grand Duke of Muscovy. He had married Andreas' sister, Sophia Paleologue, whose grandson, Ivan IV, would become the first Tsar of Russia (tsar, or czar, meaning caesar, is a term traditionally applied by Slavs to the Byzantine Emperors). Their successors supported the idea that Moscow was the proper heir to Rome and Constantinople. The idea of the Russian Empire as the new, Third Rome was kept alive until its demise with the Russian Revolution of 1917.[127].....".

When i speak about the Russian and other Orthodoxies as the last rest of the Byzantium empire Rome have to definitively destroy (to encircle the western secular Lutheran North Europe) I am not talking blatantly, but it is a firm truth. Balkans and Yugoslav wars, Chechnya war (and the Bolshevik Jesuit regime), Putin gang, etc. are only the many side of the Vatican crusade against Orthodoxies, as you Douglas have also righteously understand before me.