The Vatican's Jesuitical Control of the Philippines


An excellent article in Control Avles Blogs about the Vatican's jesuitical political interference in the Philippines.

The following book, which I had just purchased the day before yesterday, provides a bit of background during and following the transition from Spanish to U.S. rule 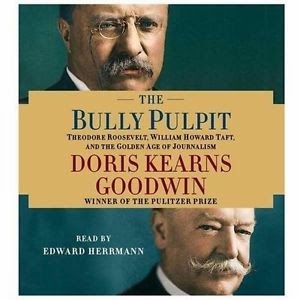 "     Contemplating his return to the Philippines, Taft decided to top first in Rome, where he hoped to personally negotiate some solutions to the perplexing problem of the Spanish friars, a situation that had plagued him from his first days in the islands.  To he Filipino people, Taft understood, the friars represented "the crown of pain, and every oppression by the Spanish government was traced by them to the men whose political power had far outgrown that exercised by them as priests".  Over the years, these clerics had come to operate as political bes, acquiring 400,000 acres of the best agricultural lands and assuming despotic political power over the police, the civil government, and the schools.  Once the revolution began, he wrote, they "had to flee for their lives.  Fifty of them weer killed and three hundred of t hem were imprisoned."  If they should return and attempt to to reclaim title to the land, he feared violence would break out.  Roosevelt and Root deputized Taft to inform the Holy See that the United States would purchase the land for a fair price so long a the hated friars never returned to the archipelago.  the land would then be redistributed among the poor Filipino farmers....

Several factor complicated Taft' mission.  he had to take care throughout the process that his dealings with the Pope never implied diplomatic recognition, which would violate America's separation of church and state and incur the hostility of Protestants.  At the same time, he sought to defuse Catholics' fears that he was antagonistic to the Church.  His initial meeting with the Pope [Pius X], till "lively as a cricket" and "bubbling with humor" at eighty-two, went better than he could have hoped.  Most significantly, Taft noted, he secured the pontiff' promised to meet all questions "in a broad spirit of conciliation," though the detail were left to a group of cardinal who proved far less accommodating.  Weeks went by before the cardinals finally issued a statement on June 21, 1902.  the church would consent to ell its property in the Philippines, but would not withdraw the friars currently in residence.  With this unsatisfactory conclusion, negotiations were suspended....

In his speech at the [Filipino] palace, Taft told the people "in a straightforward way of his experiences in Washington and Rome.  "Though negotiations with the Vatican had been suspended, "the sale of church lands to the government was assured," and he was confident that an agreement to the friars would eventually be worked out.  Taft took comfort that the natives had clearly interpreted hi visit to Rome "as a real effort on the part of the United States to do something which could not have been for any other benefit than the benefit of the Filipino people."  Visibly moved, he promised to work unremittingly for the people  of the islands.  So "universal, earnest, and enthusiastic" was the response, reporter noted, that it left no doubt that Taft had earned "a proud position in the hearts of the Filipino people."

Back in the United States, Taft's visit to Rome met with less enthusiasm.  "I am in the wort hole politically I have ever been in my life, " Roosevelt confided to his newspaper friend Herman Kohlsaat.  "the whole Catholic Church is on my back."  Though every intelligence from the Philippine established "what a lecherous lot of scoundrels the Spanish friars are," Roosevelt privately rallied, Catholics maintained that these reports were "simply propaganda to establish Protestant missions in the Philippines."  If such "calamities" did not cease, the president was cautioned, Catholics would join en mass to thwart his nomination in two years time.

"As things have turned out, it has probably been unfortunate that we got you to stop in Rome,' Roosevelt wrote Taft, lamenting that the Catholic uproar had "rather complicated the political situation" at home.  Perhaps, he suggested, they should let the whole matter go and simply administer the civil government, leaving the friars and other ecclesiastical bodies to get along a best they can."

Taft responded vehemently.  "While the result of the visit to Rome may have been bad in the United States," he told Roosevelt, "I do not state it too strongly when I say that the visit to Rome has done us a great deal of good in this country."  Taft's letter persuaded the president to continue talks with the Vatican, which eventually produced an agreement.  The United States  paid $7.5 million for the lands which were divided into small parcels and old to natives, creating a new landowning class.  though the Spanish friars were never formally withdrawn, their power dwindled with the appointee of priests and bishops from other countries.  Under Taft's deliberate leadership, a solution had been found that caused tensions and, in the end, finally satisfied the islanders, the administration, and the Catholic Church alike.


[*- more like the golden age of YELLOW journalism, such as that giving us the pharma-tobacco protection racket of the 'war on drugs' that was imposed via the papacy]
Posted by Douglas Andrew Willinger at 3:21 PM

"......Over the years, these clerics had come to operate as political bes, acquiring 400,000 acres of the best agricultural lands and assuming despotic political power over the police, the civil government, and the schools. ........"

The figure of doc Rizal, whom Bobby Limeta claims murdered by Jesuits' order, is worth to get a closer check - I report here a comment in my:

Just see the efforts in to convince the public that doc Rizal, killed by Jesuits' plot as believe Bobby Limeta, before execution came back in the arms of Mother 'church', the Catholic church. Even if we assume he really wrote the declaration of retraction from any previous denial of Catholic faith ["I retract with all my heart whatever in my words, writings, publications and conduct have been contrary to my character as a son of the Catholic Church."], the enorumous effort in to exhibit it betray the true question behind the Philippines' question, the Counter Reformation in order to wipe away the Protestant/Vaudoises germs from around China, to be Catholicized...:

"....As leader of the reform movement of Filipino students in Spain, he contributed essays, allegories, poems, and editorials to the Spanish newspaper La Solidaridad in Barcelona (in this case Rizal used a pen name, Dimasalang). The core of his writings centers on liberal and progressive ideas of individual rights and freedom; specifically, rights for the Filipino people. He shared the same sentiments with members of the movement: that the Philippines is battling, in Rizal's own words, "a double-faced Goliath"—corrupt friars and bad government. His commentaries reiterate the following agenda:[note 8]

That the Philippines be a province of Spain (Philippines was a sub-colony of New Spain - now Mexico, administered from Mexico city)
Representation in the Cortes
Filipino priests instead of Spanish friars--Augustinians, Dominicans, and Franciscans—in parishes and remote sitios
Freedom of assembly and speech
Equal rights before the law (for both Filipino and Spanish plaintiffs)

The colonial authorities in the Philippines did not favor these reforms even if they were more openly endorsed by Spanish intellectuals like Morayta, Unamuno, Pi y Margall, and others.....".

"....Philippines Being Ransacked By Jesuits And Vatican, According To Foreign Freedom Fighter
It's a question of freedom or fascism and Bobby Limeta of the Philippines says the U.S. is the only barrier remaining in the world.
14 Jun 2006

The looting of the Philippines is underway in "full force" by the Jesuit Order, according to foreign freedom fighter Bobby G. Limeta, as he claims the devious Catholic order of militaristic priests are the real culprits behind the New World Order.

"I'm a Filipino and I'm not an American, but I'm deeply concerned that the last barrier of freedom the world now enjoys is the United States," said Limeta this week from his home in the Philippines, adding he hopes information he has collected about the Jesuits provides a warning to Americans.

"I've discovered the diabolic works of the Jesuits since 1990. The more the Americans will be confused about Jesuits & Zionist Jews issues, the better for the Jesuits. As they smile to the Americans for they have already eaten up the foundation of America "United States Constitution and Bill Of Rights.

"Even our national hero Dr. Jose Rizal the greatest of all Malayan Race, knows the Jesuits well and he did not mentioned Zionist Jews. Now, I never wonder why, if there are Filipino traitors working for the Jesuits-Vatican like Fr. Diaz and Marcos, there's also American traitors like Ronald Reagan who recognized the sovereign state of Vatican. I'm angry at Ronald Reagan as the Jesuits murdered my favorite American President Abraham Lincoln and my favorite hero Dr. Jose Rizal. But they are not murdered by Zionist Jews."....."

[*- more like the golden age of YELLOW journalism, such as that giving us the pharma-tobacco protection racket of the 'war on drugs']

There's an impressive wave of homicides in Italy, and I believe an important role in it is the apochalictic spreading of pharma-cratic substances, hallucingenics and much, much much deadly cocaine (as it is no mystery about even by the media). Only recently the premier Matteo Renzi liberalized the use of Cannabis/Marijuana for therapeutic goals, but letting the production of it only to MILITARY factories of Italian Army (cause "chep production costs"). Of course he IS a guy of Pharma-cratic Inquisition, simply he is cheating the Italians with some superficial liberal laws in order to get the youth's political support.
----------

Thank you sir for this info... May Godbless you. I believe that even the presidential elections are controlled by the Jesuits as well and democracy is just a,mask in the Philippines.

Thank you sir for this info... May Godbless you. I believe that even the presidential elections are controlled by the Jesuits as well and democracy is just a,mask in the Philippines.